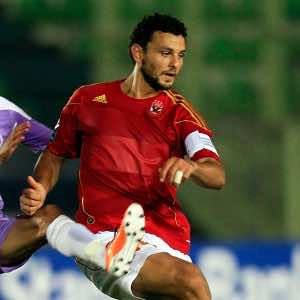 Egyptian giants Al Ahly failed to move to the summit of Group B of the Caf Champions League after they could only draw 0-0 at MC Alger in Algeria late on Sunday night.

Front runners Wydad Casablanca (Morocco) and Esperance (Tunisia) cancelled out each other in the other Group B tie at the weekend.

Six-time winners Ahly therefore needed a win against bottom club MC Alger to shoot to top spot, but they met a resolute Algerian team and had to settle for a share of the spoils.

Ahly remain in third place with five points, a point behind leaders Wydad and Esperance.

MC Alger are bottom of Group B with two points.

The Red Devils of Cairo controlled this match at the 5 Juillet Stadium in Algiers, but were let down by poor finishing.

Veteran defender Wael Gomaa was denied from close range early in the clash, but the best opening in the first period fell to striker Emad Meteab, who netted a brace to down the Algerians two weeks earlier.

The Egypt international striker came face to face with the Algerian goalkeeper Sofiane Azzedine, but he failed to make hay. He will later be replaced by the Mauritanian Dominique da Silva.

Defensive midfielder Mohamed Shawky, in for suspended skipper Hossam Ghaly, also had a chance to score a rare goal but the Algerian shot stopper rushed out to snuff out the danger.

On September 10, Esperance will host MC Alger in Tunis and the following day, Wydad welcome Ahly to Casablanca in continuation of the mini-league phase of Africa’s foremost club competition.