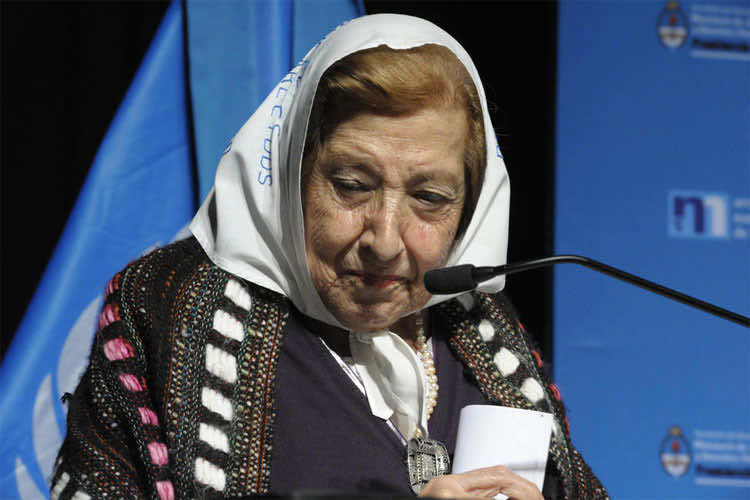 The United Nations today called on all States to end the “heinous crime” of enforced disappearances which has seen countless people vanish into secret prisons or worse, often never to be seen again, in cases of conflict and internal unrest.

“Over the last 30 years, the families of disappeared persons have brought to the attention of the international community the extent of this odious crime,” the UN working group on the issue said in a statement to mark UN International Day of the Victims of Enforced Disappearances.

The Working Group on Enforced or Involuntary Disappearances also noted so-called ‘short term disappearances,’ where victims are placed in secret detention or unknown locations before being released weeks or months later, sometimes after having been tortured and without having been brought in front of a judge or other civil authority.

“This very worrisome practice, whether it is used to counter terrorism, to fight organized crime or suppress legitimate civil strife demanding democracy, freedom of expression or religion, should be considered as an enforced disappearance and as such adequately investigated, prosecuted and punished,” it said.

Last December, the International Convention for the Protection of All Persons from Enforced Disappearance, which was adopted by the General Assembly in 2006, came into force afterIraqbecame the 20th State to ratify it.

The treaty not only outlaws enforced disappearances but also recognizes the right of all people affected by the crime to know the truth about the circumstances of this crime, the progress and results of the investigation and the fate of the disappeared person.

The Group noted that 2012 marks the 20th anniversary of the General Assembly’s adoption of the Declaration on the Protection of All Persons from Enforced Disappearance. “To commemorate it, we encourage all States and civil society to translate the declaration into all languages and dialects, with no distinction, since all serve the purpose to assist in its global dissemination and the ultimate goal of preventing enforced disappearances,” it said.

“We pay tribute to the many victims, relatives of victims, human rights defenders, non-governmental organizations (NGOs), lawyers and other individuals and groups who work untiringly and unstintingly, often in difficult circumstances, to denounce cases of enforced disappearance, discover the fate or whereabouts of the disappeared, and eradicate this terrible practice.”

In Nepal, where thousands of people ‘disappeared’ during the decade-long war between the army and Maoist guerrillas that ended in 2006, UN and Nepalese human rights officials stressed that the whereabouts of 835 people were still unknown.

“There is an urgent and genuine need for accountability for serious human rights violations, including cases of enforced disappearance,” the UN Human Rights Office inNepaland the National Human Rights Commission said in a joint news statement, calling for a full investigation and punishment of the perpetrators to end the “terrible situation of impunity.”

They urged the Government to make public the status of those who disappeared during the conflict, ratify the Convention and set up an independent commission to investigate all cases.

Meanwhile, the Committee on Missing Persons in Cyprus, established in 1981 by the Greek Cypriot and Turkish Cypriot communities under UN auspices, noted that in the past year it had visited 130 more alleged burial sites from past inter-communal conflicts, bringing the total to 542, and exhumed the bones of 108 more people for a total of 798.

“It is the first and foremost human tragedy, the problem of a profound pain, the pain that does not differentiate, that has no nationality, no religion, has no race or age,” it said.