Morocco World News
Home Culture Not Only for Bread Do Moroccans Strive, We Aspire For More 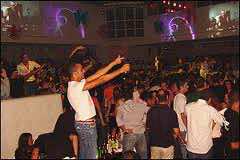 Shortsighted is he who confines Moroccans’ demands only to staple foods and certain political amendments. As a matter of fact, the impulse that took people to the streets on 20th of February is not only their legitimate hopes for social welfare, but for psychological relief as well. In plain English, as Moroccans, we are in dire need for joy.

All what we need is a nationally celebrated event in which we can amuse, rejoice and unleash our inner emotions as pure Moroccans. We all want to feel the flavor of unity and belonging to the same nation not always through sustaining hardships and failures, but rather through experiencing moments of jubilation, joyfulness and taking delight in a real national festivity. In short, our crisis is not only economic and social, it’s a crisis of joy too.

Under the current regime and for decades, national happiness has been something of luxury to attain. Joy forsook our hearts for years; jubilation abandoned our streets and delight has been a mere rumor. We became easy prey to despondency, stress and dissatisfaction. Snorts and sighs have become part of Moroccan daily language while scowls and frowns have dotted every Moroccan countenance.

Morocco has been a flavorless and bland country. How poor are we the present generations! After independence, it took us more than half a century to see our expectations and dreams come true. Instead, some of us are yearning nostalgically for the colonization era. Fifty years that have been sterile, with no social achievement, no political innovations and no laudable economic tidings. We have been victims of fiascos and easy prey of crises.

Thirsty for any sort of joy and rejoicing, Moroccans have been hatching creative methods to satiate their emotions. They have been taking part in their neighbours’ rejoicings. During the World Cup, they have been cheering the Spanish and the Algerian teams as if they were theirs. And when the Spanish matador won the World Cup, waves of ecstatic happy Moroccans took to the streets chanting and reveling in the victory, hugging each other, honking the horns of their cars and hoisting the Spanish flag high, meanwhile their sense of nationalism was becoming lower along with their flag.

During the last few weeks, Moroccans of all ages and ranks were among the first virtual invitees of the Tunisians, the Egyptians and the Libyans’ revolutionary festivities, feeling as if they contributed more or less to the success of those revolutions. Via Twitter, Youtube and Facebook, they have been sharing suggestions, articles, photos, videos… aiming to help the revolutionaries with the little means they have. Their simple intention was to help in the preparation for a party where they can show their solidarity with te protesters .

Moroccans’ lust for joy is extreme and much is needed to quench their desire. Saturday and Sunday are about to become sacred days for Moroccans from all walks of life, not because they are days off, but because Barcelona and Real Madrid matches are usually scheduled on those days. All cafés are packed with audiences who seize the opportunity to unleash their feelings. They cheer, laugh, insult and when a goal is scored they release their euphoric emotions, hugging each other, waving the team’s flag and applauding.

In a nutshell, our demands for real social justice, real economic development and real political reform are not as ends in themselves. By doing so, we are aspiring for real psychological comfort and to lead our life with ease. That’s the aim.

*Mahmoud Seddik is a contributor to Morocco World News.