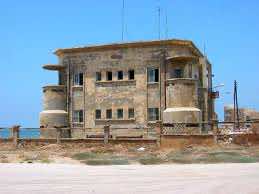 Amnesty International says it has documented the cases of 88 people who have died in Syrian prisons since anti-government protests began in the country.

Citing footage of victims before burial provided by families and activists, the UK-based rights group said there was evidence of torture and abuse.

Injuries identified by forensic experts showed evidence of abuse, including broken necks, cigarette burns to the chest and face, electrocution to genitalia, fractures and whipping slashes.

According to the organisation’s report , released on Wednesday, the victims were all male and include 10 children, some as young as 13.

“Such an increase in deaths cannot be a coincidence,” Reto Rufer, who heads the Middle East section for the Swiss chapter of Amnesty International, said.

“It appears to be the expression of the same brutal violence that is being shown daily in the Syrian streets.”

Hazem al-Hallak, whose brother’s body is one of those documented in the Amnesty report, told Al Jazeera that Sakher al-Hallak was abducted on his way home from his medical practice in May and taken to the intelligence offices.

Two days later, his body was found “hidden in a ditch” outside Aleppo.

“He was gouged everywhere,” al-Hallak said. “His eyes were gouged. He had rope marks on his hands … His genitals were mutilated. His feet had marks of electric shots.”

Syrian authorities said Sakher al-Hallak had never been detained and that his death was a criminal act being
investigated.

The official autopsy said the cause of death was “cerebral hypoxia resulting from being hanged”.

However, Hazem al-Hallak said the coroner who made the autopsy had brought “pre-typed, pre-signed documents”.

Most of the cases documented by Amnesty, from April to mid-August, happened in the governorates of Homs and Deraa.

Amnesty called for Syria to be referred to the International Criminal Court, and for an arms embargo, tighter asset freezes and financial sanctions to be declared against senior members of the government.

“Taken in the context of the widespread and systematic violations in Syria, we believe that these deaths in custody may include crimes against humanity,” Neil Sammonds, Amnesty’s researcher on Syria, said.

On Tuesday, the US froze the US assets of Foreign Minister Walid al-Muallem, Syria’s ambassador to Lebanon Ali Abdul Karim Ali and President Bashar al-Assad’s adviser Bouthaina Shaaban in response to the crackdown on protesters.

In Syria on Wednesday, troops backed by tanks raided houses looking for activists in two main districts of the
city of Hama, residents said.

“Several light tanks and tens of small and big buses parked at al-Hadid bridge at the eastern entrance of Hama,” Abdelrahman, a local activist, told Reuters news agency by phone.

“Hundreds of troops then went on foot into al-Qusour and Hamdiya neighbourhoods. The sound of gunfire is being heard.

“These neighbourhoods have been among the most active in staging protests”.

Another resident said pick-up trucks mounted with machine guns and buses full of troops also assembled near the northern entrance of Hama.

The UK-based Syrian Observatory for Human Rights said 473 people were killed during Ramadan (the first 29 days of August), including 360 civilians and 113 members of the Syrian military and security forces.

Twenty-eight others died under torture or in detention during the Muslim fasting month, the group said.

Activists had earlier said about 1,900 people had been killed up to July.

Most international media have been barred from entering Syria, making it almost impossible to verify accounts.