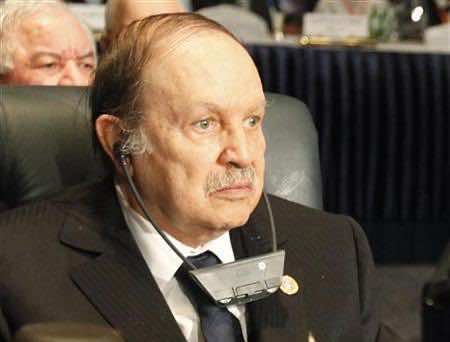 In the heat of the hunt for Libya’s Muammar Gaddafi and his son Saif al-Islam last week, there were rumors that the two had been sighted crossing the Algerian border. The Algerian government denied this, but said on Monday that Gaddafi’s wife, daughter, sons Mohamed and Hannibal, and various grandchildren are now in Algeria. The news has highlighted that unlike Libya’s neighbors Egypt and Tunisia, Algeria has still not recognized Libya’s Transitional National Council (TNC) as the legitimate successor to the Gaddafi-ruled state. Algeria’s doing so is reported to be contingent on assurances from the TNC leadership that they will combat al-Qaeda in the Islamic Maghreb (AQIM) and any of its allies at large in Libya.

The holy month of Ramadan traditionally attracts higher than usual levels of violence in Algeria and this past month has been no exception. While international and regional attention has been focused on Libya, a spate of attacks on security targets and personnel in the Kabyle region of eastern Algeria earlier in August were largely overlooked until a larger bomb attack at the Cherchell military base on 27 August claimed the lives of 18 people and injured 26 more. As ever, the entirety of these attacks has been attributed to AQIM, at a time when the Algerian government has not been the only one to raise the alarm over AQIM’s potential to exploit the political uncertainties of neighboring Libya to widen its regional reach.

More skeptical analysts, above all in Algeria’s French language press, have a less charitable interpretation. At least one paper quotes an opposition leader’s view that AQIM violence always surges when there are political scores to be settled amongst the ruling elite of Algiers, or to distract attention from the lack of political progress being made in Algeria while the rest of North Africa has either been promised or is directly participating in change.

Oil-rich Algeria has so far adopted a strategy similar to that of the Saudi government when faced with this year’s rumblings of demands for reform: to commit to higher levels of social spending, more infrastructure and housing projects, and direct and indirect subsidies to combat rising costs of living and unemployment. This has not been enough to see off Algeria’s strikingly high incidence of protests, strikes and civil disturbances, which a report in the daily El Watan newspaper put at 10,000 separate incidents in 2010 alone. The problem for Algeria – since well before the Arab spring – has been that civil unrest has long been commonplace, fragmented at the national level, and easily isolated and managed by Algeria’s 170,000 highly trained internal security forces.

Politically, 2011 has mostly been business as usual, even as the official Algerian political system has gone through the motions of proposing and discussing constitutional reforms, but not yet divulging the outcome to the wider, unconsulted, electorate. The three-party presidential coalition underpinning the current government has also been positioning itself to support President Abdelaziz Bouteflika’s bid for re-election in the presidential elections of 2012.

With the sanction of Algeria’s military command for these manoeuvres, Algeria’s opposition parties and unions have made little headway in mobilizing the kind of youth-based discontent that broke precisely this type of cosy internal regime connivance in Egypt and Tunisia. Young activists, in turn, have shown little capacity for changing the rules of the political game themselves. More worryingly over the summer months, the unemployed youth of the capital Algiers have been engaged in internecine gang warfare rather than in planning organized protest or resistance along Syrian or Libyan lines.

Algeria may well be the region’s exception, but as a society in the doldrums rather than as being exempt from the strains that unleashed the region’s first revolts in neighboring Tunisia. The corrupt mismanagement of Algeria’s wealth of resources may well implicate more people than a single presidential family or limited set of elites as in the case of its neighbors, which may well be one reason why a wider movement of revolt has so far made such slow progress. Amongst the under-employed and under-represented citizens of Algeria, the pressures for change are nonetheless both there and steadily mounting.