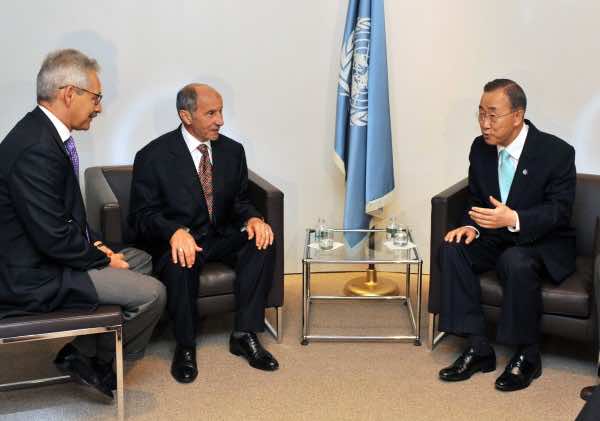 The African Union finally announced on Tuesday that it is recognizing the National Transitional Council of Libya as the main representative of Libyans. This step came on the sidelines of the UN High Level Meeting on Libya hosted by the UN Secretary General Ban Ki-moon  on Tuesday.

This step by the pan-African body will deprive the Gaddafi regime of its last diplomatic support, while reinforcing the international recognition of the NTC.

The AU also urged the National Transitional Council to protect innocent people, namely African migrant workers. After reports showing that Gaddafi was recruiting black African mercenaries to help quell the uprising, rebels have been targeting sub-Saharan migrants believed to have been recruited by Gaddafi since the start of the uprising.

The African Union has been frequently criticized for its ambivalence and hesitant reactions towards the events unfolding in Libya.

After four decades of autocracy and tyranny, the Libyan people can let out a sigh of relief as they turn the page of Gaddafi regime to write a new chapter in the history of their country.

The flag of the new Libya was flying on the United Nations headquarters in New York ahead of the General assembly general debate that will start tomorrow.

The red, black and green flag of the new Libya also took its place among the flags of UN member states at the world body’s European headquarters in Geneva in a ceremony on Tuesday, replacing the green flag of the Kadhafi era, AFP reports.

Ibrahim Aldredi, the ambassador who sided with the rebels since the beginning of the uprising in February said that “”It is really a very emotional moment to see the flag”.