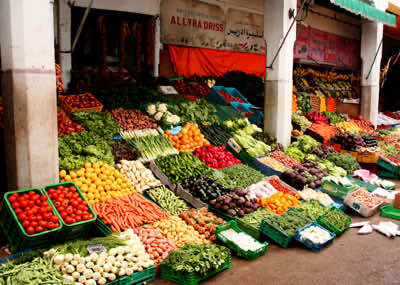 RABAT – The governor of Morocco’s central bank said on Tuesday he forecast a budget deficit for 2011 of about 5 percent of gross domestic product, against a previous forecast of between 4.5 and 5 percent.

Ahead of parliamentary polls in November to name a new government and prime minister and amid violent turmoil rocking several countries in the region, Abdellatif Jouahri struck notes of caution on the prospects of an economy heavily dependent on the troubled euro zone.

Anxious to avoid the kind of unrest seen in other parts of the Arab world and worried about increases in global commodity prices, Rabat has raised salaries and almost trebled funds for food and energy subsidies to 48 billion dirhams ($5.84 billion).

That has raised pressure on the budget deficit, especially at a time when the slowdown in European Union, Morocco’s main trading partner, has eaten into the government’s tax, customs revenues and its foreign currency reserves.

Jouahri spoke to reporters after the central bank announced that it would keep its benchmark interest rate unchanged at 3.25 percent.

He declined to say if public finances can afford to maintain the same level of food and energy subsidies deployed in 2011 but warned that any reduction in their level in 2012 could mean a surge in inflation beyond his 2.1 percent forecast.

Food and energy subsidies are taking “almost the equivalent of the state’s expenditure on infrastructure,” he said

The government, he said, mulls halving to 24 billion dirhams the size of food and energy subsidies, or 3 percent of GDP, but he doubted that such change could actually be implemented.

“It will mean that (subsidies) will have to target low-income households … But how can we do that?”

Analysts cite a low banking penetration, of around 51 percent, among factors hampering a reform that would make sure subsidies benefit those who need them the most.

The north African country, without the oil wealth of others in the region, is also haunted by riots that were sparked by increases in sugar, flour and vegetable oil prices in 1981 and in which hundreds were killed at the hands of the army.

Jouahri dismissed as “politically symbolic” proposals mulled by the government to increase the tax burden on the wealthy to compensate for the rise in subsidies. “The (economic) impact will be meaningless … How much a tax can we impose on the wealthy.”

He did not change the inflation forecast for 2011 at 1.4 percent even after it stayed above that figure for two straight months in August when it reached 2.2 percent, a level the bank linked to “occasional fluctuations in food prices.”

After posting a 4.9 percent growth in the first quarter, the central bank expects the Moroccan economy to add 4.8 percent in each of the two following two quarters.

But Jouahri linked for the first time achieving an economic growth of between 4.5 to 5.5 percent for all of 2011 to “the gradual improvement of the international environment.”