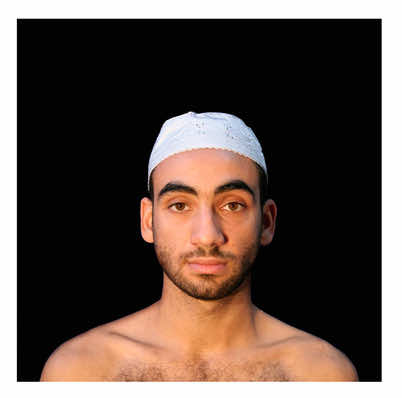 Rabat- A photograph entitled “Koranic Inlay” which shows verses of the holy Muslim book projected on the French-Moroccan artist’s naked body has caused a stir ahead of an art fair in Marrakesh.

Work by 27-year-old Mehdi-Georges Lahlou is due to be on show at the September 30-October 3 ArtFair although neither the offending picture nor the artist himself are expected to be exhibited in the Moroccan city.

“Koranic Inlay” is a nude self-portrait in which verses of the Koran are projected on Lahlou’s body, including his genitals.

Moroccan newspapers and bloggers voiced outrage over the picture and the artist’s rumoured presence at the modern art fair starting next week.

On his own website, the artist said “he perfectly understands some pictures can be misunderstood” and added that he never intended to hurt anybody’s beliefs.

Born of a Catholic mother and Muslim father, Lahlou produced an almost identical photograph entitled “Biblical Inlay” and is chronically criticised in Morocco for his caustic performances and installations on religion, gender.