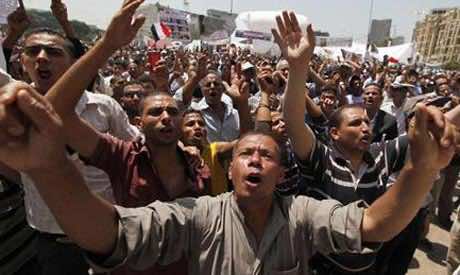 UNITED NATIONS (Reuters) – Group of Eight foreign ministers meet on the sidelines of the U.N. General Assembly on Tuesday to cement a framework for economic and political aid to Arab governments making a transition to democracy.

The so-called Deauville partnership, which also includes Saudi Arabia, Qatar and Turkey as well as international organizations such the International Monetary Fund, has so far pledged about $80 billion in financing to Tunisia, Egypt, Morocco and Jordan over the next two years.

The Deauville initiative was set up under France’s G8 presidency to help countries swept up in the “Arab Spring” foster democratic reforms by making aid and development credits conditional on political and economic reforms.

“It offers tremendous hope for democracy, rule of law, stability, peace and a better future, but it also harbors risks. … If reform is too long in coming then there is the threat of extremism.”

Libya has now also been brought into the partnership, although it will not benefit from financial assistance for now after some of the country’s frozen assets were unblocked.

Juppe said the meeting will formally put in place the help program before the next meeting in Kuwait in November.

“The partnership comprises two pillars — economic and political — and will promote governance, (fighting) youth unemployment and the participation of women,” he said.

International financial institutions have warned of the challenges faced by Arab Spring countries trying to tap external finance while faced with high risk perceptions and social and financial strains at home.

Officials have called for enhanced access to developed country markets for North African and Middle Eastern products and labor to avoid aid dependency and help build up the private sector.

Juppe said the Deauville program would be enduring and aim to include as much of the international community as possible. Progress would be monitored on a regular basis by G8 foreign and finance ministers.

“There is no single way to succeed with the transitions underway,” he said. “Every country is a special case with its own path to map out.”