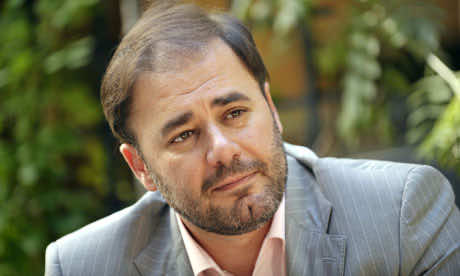 CAIRO — Al Jazeera, the pan-Arab news network financed by Qatar, named a member of the Qatari royal family on Tuesday to replace its top news director after disclosures from the group WikiLeaks indicating that the news director had modified the network’s coverage of the Iraq war in response to pressure from the United States.

Al Jazeera is under intense scrutiny in the Middle East over its varying coverage of the Arab Spring revolts. Although the network is nominally independent — and its degree of autonomy was itself a revolution in the context of the region’s state-controlled news media when it began in 1996 — many people contend that its coverage of the region still reflects the views of its Qatari owners.

Al Jazeera played an early and influential role in covering — some would say encouraging — the unrest in Tunisia and Egypt last winter. It was even more aggressive in its focus on the regime of Col. Muammar el-Qaddafi and the struggles of what it called “freedom fighters” in Libya, where Qatar came to play a major role in supporting the rebellion.

But some people now cite what they see as a double standard in the network’s sensational coverage of the unrest in Syria on the one hand, and its relatively negligible coverage of the strife in Bahrain, Qatar’s Persian Gulf neighbor.

United States diplomatic cables disclosed recently by WikiLeaks appear to open a new window into the network’s interactions with Qatar and other governments.

A cable sent by the American ambassador, Chase Untermeyer, and dated October 2005, describes an embassy official’s meeting with Al Jazeera’s news director, Wadah Khanfar. According to the cable, the official handed Mr. Khanfar copies of critical reports by the United States Defense Intelligence Agency on three months of Al Jazeera’s coverage of the Iraq war; Mr. Khanfar said that the Qatari Foreign Ministry had already provided him with two months of the American reports, according to the cable, suggesting a close three-way consultation involving the two governments and the network.

He also urged American officials to keep his behind-the-scenes collaboration a secret.

He objected to an intelligence report’s written reference to an “agreement” between the United States and Al Jazeera.

“The agreement was that it was a non-paper,” Mr. Khanfar said, according to the cable. “As a news organization, we cannot sign agreements of this nature, and to have it here like this in writing is of concern to us.”

Senior United States officials often charged publicly during the Iraq war that Al Jazeera’s coverage inflamed anti-American sentiment, but in the cable Mr. Khanfar appeared eager to convince the American official that Al Jazeera was trying to be fair. He said he was preparing a written response to the points raised in the intelligence reports, according to the cable.

In at least one instance, involving a report on the network’s Web site, Mr. Khanfar said in the cable that he had changed coverage at the American official’s request. He said he had removed two images depicting wounded children in a hospital and a woman with a badly wounded face.

When the official raised other complaints, Mr. Khanfar “appeared to repress a Sigh,” according to the cable, “but said he would have the piece removed.”

“Not immediately,” he reportedly said, “because that would be talked about, but over two or three days.”

Mr. Khanfar, a former correspondent in Iraq and elsewhere for Al Jazeera, had been director for eight years before he resigned on Tuesday. He offered no explanation for his departure, but said on his Twitter account, “Entertained by all the rumors of why I have resigned.” His successor is Sheik Ahmad bin Jasem bin Muhammad Al-Thani, a businessman and member of the royal family.