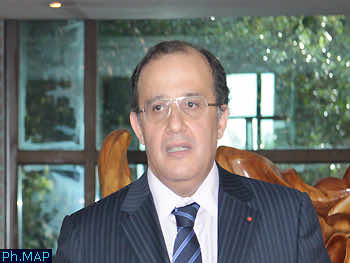 New York (United Nations) – Moroccan Foreign Minister Taib Fassi Fihri stressed, on Tuesday in New York, the need to develop an “Agenda for Mediation,” at the meeting of the “Group of Mediation Friends”.

During the meeting, co-chaired by Turkish Foreign Minister Ahmet Davotoglu and his Finnish counterpart Erkki Tuomioja, Fassi Fihri said that it is important to “qualitatively” reinforce the role of the UN in mediation, in addition to legitimacy and universality, which characterize the multilateral diplomatic action.

He noted that the international scene requires the development of an “Agenda for Mediation” by coordinating efforts and “democratizing the practice of mediation” through greater openness to civil society.

The Minister also said that strengthening capacities in the field of mediation will be achieved through the emergence of a new generation of mediators that are called for benefiting from the rich experience of international recognized mediators.