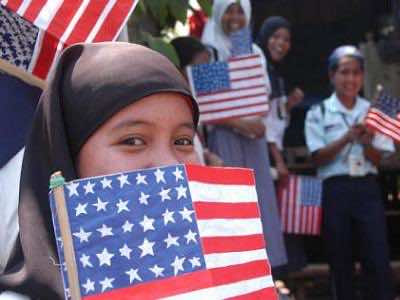 Although individually many Muslims living in the United States consider themselves well integrated, the events of September 11 seriously damaged their collective image. Christina Bergmann reports

The “All Dulles Area Muslim Society” (ADAMS) is the spiritual home for more than 5,000 families in the Washington DC area, and as such one of the largest mosques in America. DAMS, which claims on its website to have “an excellent relationship with the FBI, the Department of the Treasury, the Department of State, and various state and local law enforcement agencies,” is keen to let everyone know that it rejects extremism and terrorism, and it also supports gender equality, co-operation with other religious communities, and charity work.

Getting that message out is essential given the abuse directed at the Muslim community since 9/11. On the very night of the attacks, people broke into the mosque used by ADAMS at the time, and set fire to property inside. But other religious groups in the area were quick to express their solidarity and offer to stand guard or act as chaperones for female members of the community who felt unsafe.

Robert Marro, who is on the board of the ADAMS center, believes discussions about the planned mosque near Ground Zero in New York, are politically motivated and an easy way to win votes. But he is optimistic that American Muslims will ultimately become as well integrated into American society as Catholics, Italians and the Irish.

He refers to John F. Kennedy becoming the first Catholic president, and the debate over whether his loyalty would be to the Pope or his country.

Severe abuse of US Muslims

Samira Hussein, a social worker of Palestinian origin, who lives in Gaithersburg, Maryland, illustrates the fact that there is a long way to go before being a Muslim in the US is as straightforward as being a Catholic. In her years on American turf, she has many bad experiences, starting with the first Gulf War.

“In the beginning, they vandalized our family cars, they slashed the tires, they broke our patio door, our front door, back door,” she said. “We were insulted, humiliated, called names, we had trash thrown at us, dead birds … you name it we experienced it.”

The worst of it for her was that her children were regularly beaten up at school and chased home from the bus stop. After 9/11, things got worse, and she began to experience discrimination at work.

She responded by volunteering in the neighborhood and in local schools, where she explained to pupils why she wears a headscarf. She is, she says, fighting back with education.

“I want to reach out to the population and the best place to start is with children, because if they understand my child’s culture and faith and religion, they will change their parents’ minds.”

And her work has born fruit. In 2002, she was recognized by the district for her efforts to stop intolerance.

Tufail Ahmad believes true integration would be more easily achieved if more American Muslims were to become socially active in the way Samira Hussein has been. He says Indians and Pakistanis have a reputation for living in big houses and not looking out for the poor.

Ahmad himself was born in India, and then lived in Pakistan before emigrating to the US in 1973. The World Trade Center terrorist attacks spurred him on to get involved with community work, and he can frequently be found standing outside a supermarket in Montgomery County asking for food donations for the needy.

“Now minorities have become majorities, but do you realize that all the good work in the country is being done by Caucasians?”

Ahmad keeps working toward changing that in the name of promoting greater integration. But Syrian Waled Hafiz, who is a member of a local charity called the Montgomery County Muslim Foundation, says discrimination in the region is relatively mild.

“People in this area are better informed,” he said. “If you go to Texas or West Virginia, people still don’t know where Syria and Jordan are, or who was responsible for the 9/11 attacks, and they don’t want to know.”

Guled Kassim moved to Montgomery County from Somalia in 1985 when he was just 10 years old. He has since served in the US army and is now president of the Montgomery County Muslim Foundation. When asked whether he sees himself first and foremost as a Muslim or an American, he says it is a trick question.

“My generation has no problem saying I’m Muslim and American or I’m American and Muslim. Whichever word I say first.”