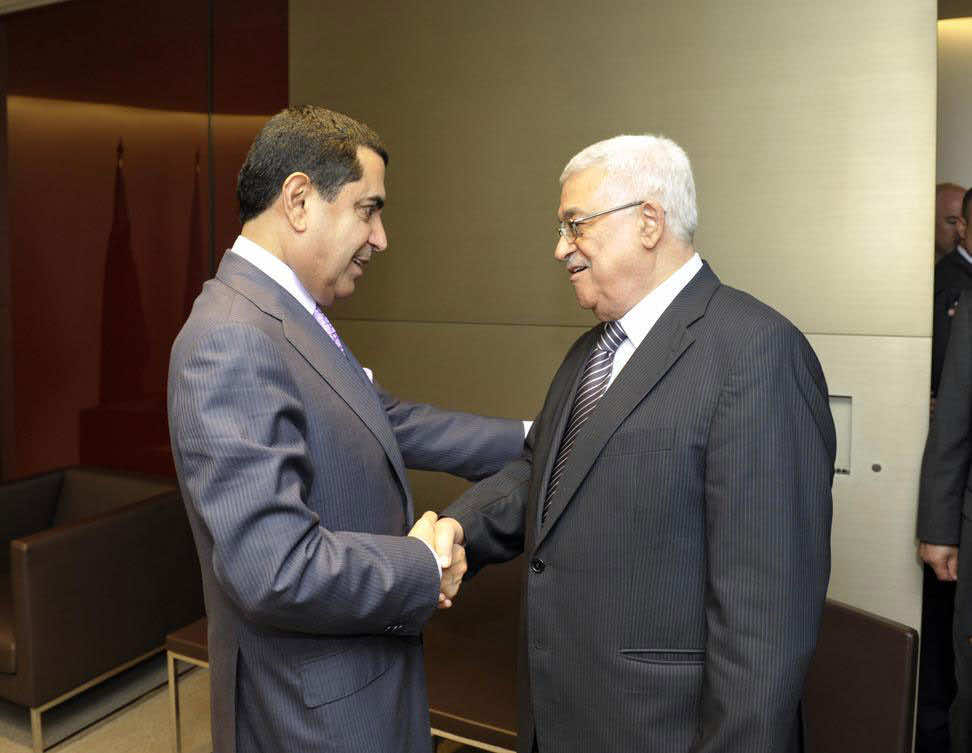 The General Assembly President and the President of the Palestinian Authority have held talks focusing on the Palestinians’ imminent move to apply for full membership at the United Nations.

At that meeting Mr. Abbas informed Mr. Ban that he would present him with a letter requesting all UN Member States to support the full membership of Palestine in the world body.

The UN currently has 193 Member States, and Palestine has observer status.

According to the provisions of the UN Charter, the Secretary-General is tasked with verifying a letter requesting UN membership, after which he sends it to the Security Council and the General Assembly.

The application is considered by the Council, which decides whether or not to recommend admission to the Assembly, which has to adopt a resolution for the admission of any new Member State.

Yesterday, Mr. Al-Nasser also met Belgium’s Deputy Prime Minister Steven Vanackere, and their talks touched on the situation in the Middle East, including the Palestinian issue. They discussed the importance of mediation, which Mr. Al-Nasser has stated would be one of the key pillars of the 66th session of the General Assembly.

The President of the General Assembly also conferred with the Prime Minister of Montenegro, Igor Luksic, the country’s Foreign Minister Milan Rocen, as well as its State Secretary for Political Affairs, Nebojsa Kaludjerovic.