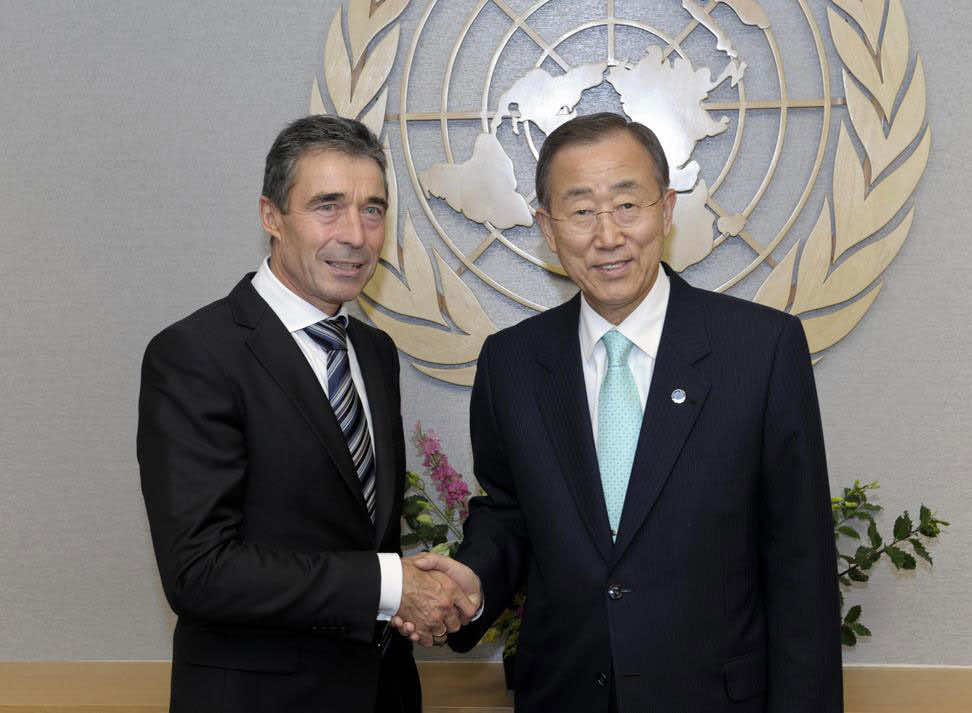 Secretary-GeneralBan Ki-moon has discussed United Nations cooperation with the North Atlantic Treaty Organization (NATO) in Libya with the head of the alliance, which has carried out months of UN-authorized air operations to protect civilians from Colonel Muammar al-Qadhafi’s forces.Mr. Ban’s talkswith NATO Secretary General Anders Fogh Rasmussen yesterday came on a day in which a UN summit backed the transition plans of the North African country’s new authorities and pledged ongoing support to help them establish the rule of law, uphold key human rights and promote both economic recovery and public security.The two men discussed cooperation within the framework of their engagements in Libya, where the Security Council on Friday decided to deploy a support mission to help in reconstruction after the end of the conflict, including restoring the rule of law, drafting a new constitution, promoting reconciliation and preparing for elections.

The two men also discussed the transition in Afghanistan, where the UN has a political mission and NATO leads the International Security Assistance Force (ISAF), noting positive developments in regard to the hand over of security responsibilities from ISAF to Afghan national forces.