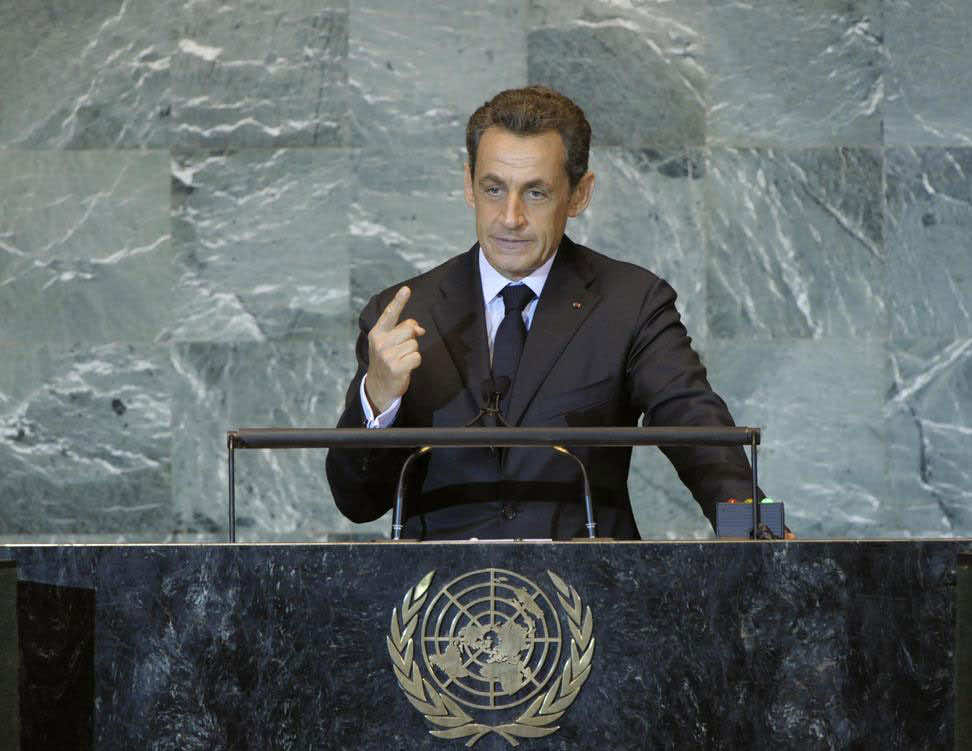 Palestine should become an observer State at the United Nations as an intermediate step towards becoming a full Member State, French President Nicolas Sarkozy said today, calling for the immediate resumption of Israeli-Palestinian negotiations with a strict timetable to produce a lasting settlement within the next year.Addressing the General Assembly’s annual general debate, Mr. Sarkozy saidgranting Palestine the status of observer State “would be an important step forward” in resolving the long-running Middle East conflict.“It would mean emerging from a state of immobility that favours only the extremists,” he said. “We would be restoring hope by marking progress towards the final status.”

On Monday, Palestinian Authority President Mahmoud Abbas told Secretary-General Ban Ki-moon that he plans to submit an application for full UN membership on behalf of Palestine this Friday. Currently, Palestine has observer status at the world body.

Mr. Sarkozy told world leaders gathered today that “each of us knows that Palestine cannot immediately obtain full and complete recognition of the status of United Nations Member State. The first reason for this is the lack of trust between the main parties.

“But who could doubt that a veto at the Security Council risks engendering a cycle of violence in the Middle East?”

Mr. Sarkozy said the Palestinian authorities must reaffirm Israel’s right to exist and to its security, and pledge to not use any new status as an observer State “to undertake actions incompatible with the continuance of negotiations.

“In parallel, Israel must observe the same restraint – it must abstain from any actions that would prejudice the final status. The ultimate goal of peace negotiations must be mutual recognition of two nation States for two peoples, established on the basis of the 1967 lines, with agreed and equivalent exchanges of land.”

The French President said those negotiations – which stalled at the end of September last year – ought to resume within a month, with a timetable to reach an accord on borders and security within six months and a definitive agreement within a year.

He added that France proposes holding a donor conference to assist the Palestinians in the construction of their future State.

“We can wait no longer. All the elements of a solution are known and enshrined in numerous documents, from the Madrid Conference of 1991 to President Obama’s speech on 19 May this year, and including the Roadmap, the Arab Peace Initiative and the parameters agreed on by the European Union.”