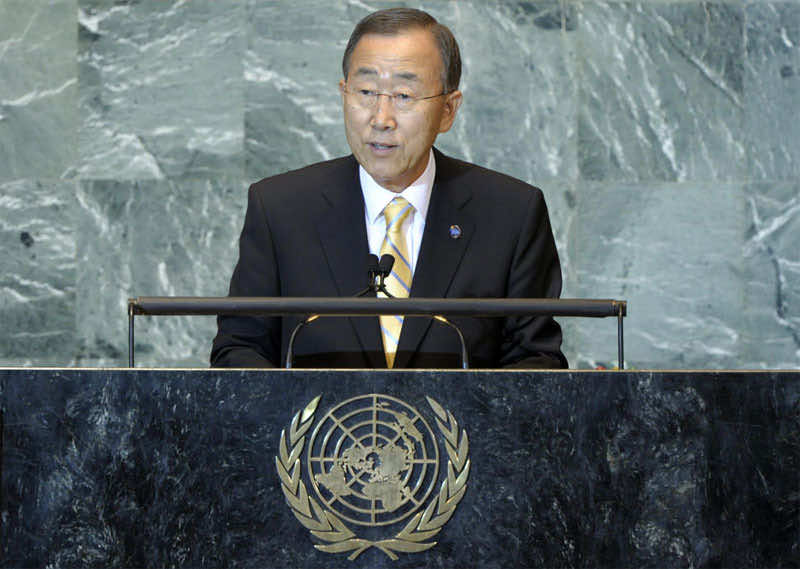 Ten years after a global conference in Durban, South Africa, sought to uproot all forms of racism, much progress has been made, yet intolerance has actually increased in many parts of the world, top United Nations officials warned today.“The resurgence and persistence of such inhumane attitudes and detrimental practices indicate that we have not done enough to stem the tide,” Secretary-General  Ban Ki-moon tolda high-level General Assembly meeting held to mark the 10th anniversary of the adoption of the so-called Durban Declaration, the outcome document of the 2001 UN World Conference Against Racism, Racial Discrimination, Xenophobia and Related Intolerance.The meeting has before it a document with recommendations for combating discrimination against Africans and persons of African descent, Asians and persons of Asian descent, indigenous peoples, migrants, refugees, minorities, the Roma and others.

“Let us do more to embrace diversity and safeguard these groups’ dignity.” Mr. Ban said. “Let us stand firmly against anti-Semitism. We must oppose Islamophobia, and reject discrimination against Christians. Bias based on religious identity has no place in our world. Let us defend the rights of all, without distinction of any kind…

“Neither race, colour or language; not political or other opinion; not property, birth or other status – none of these should be a barrier to the enjoyment of rights and freedoms. Let us also stay in the vanguard against bigotry, and commit to fighting discrimination based on gender and sexual orientation.”

He warned that ignorance and intolerance are among the root causes of conflicts, with racism and discrimination posing major obstacles to development. Hard economic times only exacerbate the vicious cycle, in which discrimination leads to deprivation, and poverty deepens discrimination, he said, noting that competition for jobs and other difficulties often trigger hostility towards migrants and minorities.

“We must resist polarizing politicians who play on people’s fears and use stereotypes to gain electoral advantage,” he added.

Mr. Ban said everyone was aware of the controversy emerging from both the 2001 Durban conference and a follow-up meeting in Geneva in 2009, with discussions relating to the Middle East and the legacy of the past raising objections from some delegations.

“On this anniversary, let us re-state some basic principles,” he stressed. “This process is meant to further the world’s essential fight against racism. We should condemn anyone who uses this platform to subvert that effort with inflammatory rhetoric, baseless assertions and hateful speech.”

General Assembly President Nassir Abdulaziz Al-Nasser also noted that much more remains to be done in the fight against racism. “Unfortunately, despite progress made since the DDPA [Durban Declaration and Programme of Action], instances of xenophobia, racism and intolerance have increased in severity and frequency…

“It is the responsibility of States to take the necessary legislative measures to prevent the occurrence of discriminatory practices and to grant justice to the victims.”

High Commissioner for Human Rights Navi Pillay added her voice to the call for intensified efforts. “We must confront the regrettable gap between the commitments made at that time [2001] and the concrete and effective action actually undertaken,” she said.

“Let us pledge here and now to revitalize our efforts nationally, regionally and globally to combat the scourges of racism, racial discrimination, xenophobia and related intolerance.”