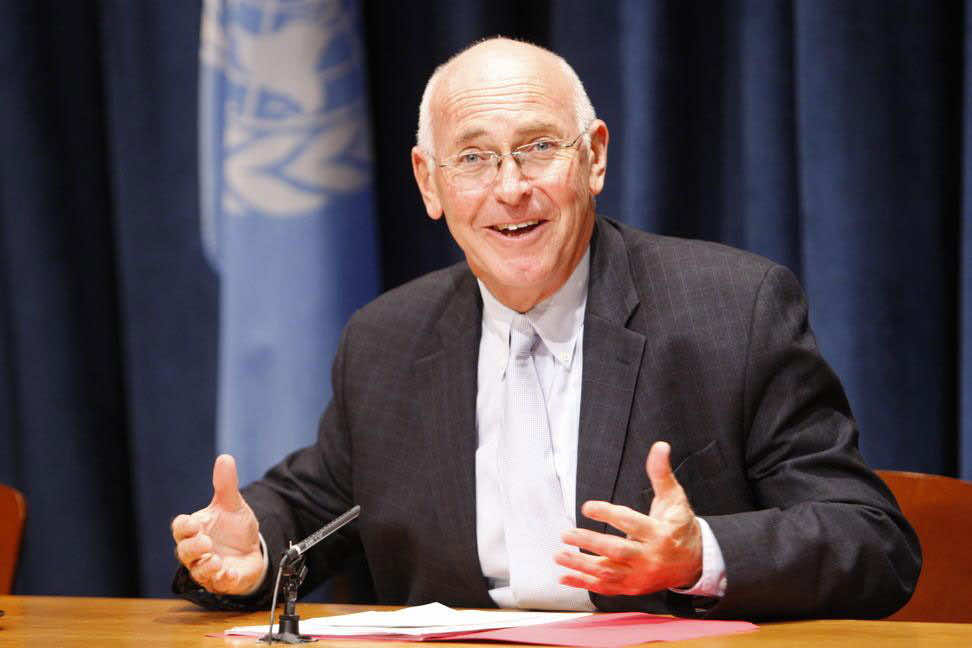 The United Nations is moving quickly to deploy staff to its newly established political mission in Libya and begin work, the head of the operation said today, stressing that the initial focus will be on helping the country restore public security, plan for elections and ensure transitional justice.

Ian Martin, the Secretary-General’s Special Representative for Libya and the head of the UN Support Mission in Libya (UNSMIL), told reporters at UN Headquarters in New York that “the new Libya faces enormous challenges, but it faces them with many positive features.”

Mr. Martin noted the international community’s overwhelming support for Libya’s transition process as it has been outlined by the National Transitional Council (NTC), which is serving as the North African country’s interim authorities.

He also noted last week’s unanimous authorization by the Security Council of UNSMIL, which has an initial three-month mandate.

“That three-month period will give us an opportunity not only to provide immediate assistance and advice to the NTC and to engage with them and with Libyan civil society, but then through that engagement to make sure that the longer-term mission that we recommend to the Security Council genuinely reflects Libyan ownership and Libyan wishes,” he said.

Pockets of fighting continue in Libya but pro-democracy groups have defeated forces supporting the ousted regime of Colonel Muammar al-Qadhafi and taken control of nearly all of the country.

Mr. Martin, who is returning to the country this week to continue with preparations for UNSMIL, said his team was working already in the areas which the NTC has emphasized: elections, public security and transitional justice.

Next week UN electoral experts will deploy to Libya, while top officials from the Office of the UN High Commissioner for Human Rights (OHCHR) are also expected to visit the country for talks with the NTC.

During a visit to Libya last week, Mr. Martin was accompanied by senior UN electoral and police officials, and they held talks with Libyan counterparts about the way forward now that the conflict is concluding.

He added that a small political team is already present in Tripoli, the capital, as well as in the eastern city of Benghazi. In total almost 200 international and national staff are forecast to work for the mission.

Meanwhile, the UN Educational, Scientific and Cultural Organization (UNESCO) announced today that it will resume cooperation with Libya, in fields ranging from education and culture to science and media development.

The agency’s Director-General Irina Bokova said the priorities would be supporting the country’s rebuilding of its education system and encouraging the emergence of a more pluralistic media.