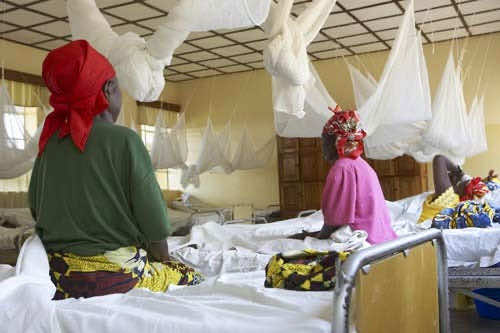 Secretary-General Ban Ki-moon told the mini-summit, held on the sidelines of the annual General Assembly in New York, that Member States must increase their efforts to prevent such violence and prosecute perpetrators.

He remarked that sexual violence in conflict has become a high-priority issue on the Security Council agenda, noting that three resolutions since 2008 have each demanded that parties to a conflict make specific commitments to combat sexual violence and establish mechanisms to hold perpetrators accountable.

“The majority of perpetrators remain at large. Prosecutions and convictions are low. We need to make even greater efforts to prevent and respond, including by providing adequate remedies, reparation and care for survivors,” he said.

Mr. Ban praised the work of the UN Action against Sexual Violence Conflict network, created in 2008 to help stop rape and other sexual crimes in conflict-ridden countries, and that of the Team of Experts, a group that focuses on assisting governments to ensure sexual crimes are prosecuted.

“The experts were unique among the UN in being invited by the Government of South Sudan to contribute to the drafting of the transitional constitution. In the Democratic Republic of the Congo (DRC) they are supporting prosecution support cells and assisting Government to deploy women magistrates.

“These examples illustrate a growing commitment to combat this evil, but they are also evidence that it remains a significant challenge.”

During the meeting, the Secretary-General’s Special Representative on Sexual Violence in Conflict, Margot Wallström, said that although there were many challenges left, striking progress had been made.

Ms. Wallström emphasized the shift in treating sexual violence as a security issue.

“Beyond responding to sexual violence as a health issue, we have begun to identify ways to prevent it as a security threat,” she said.

“The engagement of the Security Council represents a crucial shift in approach. It is a recognition that conflict-related sexual violence is a legitimate threat to international peace and security, which requires an operational security response.

“The Security Council has now – for the first time – put in place an accountability regime for conflict-related sexual violence. This entails closer monitoring of sexual violence and the naming of perpetrators. It gives us the basis to take action against those perpetrators, and put in place targeted prevention and protection measures. It enables us to better understand this phenomenon. We cannot prevent what we do not fully understand,” she added.

She also stressed that fighting impunity remains a crucial part of the process.

“There must be swift and consistent consequences for perpetrators to serve as a deterrent against future abuse. Together we must ensure that mass rape is never again met with mass impunity.”