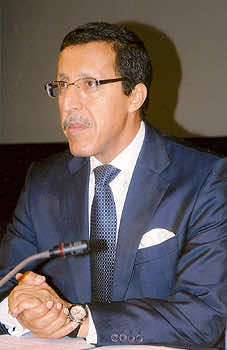 Algeria is ill-positioned to talk about human rights in general and the situation of these rights in Morocco in particular, the Moroccan delegation to the 18th session of the UN Human Rights Council said on Friday.

It added that Algeria’s discourse is a leftover from the 1960s, which confirms that it is out of touch with the democratic changes under way in North Africa.

Before criticizing its neighbors, Algeria had better start working on itself, first by shedding the relics of the cold war era, bringing its painful record on human rights to a close, and trying to overcome difficulties facing it in terms of transitional justice, the delegation insisted.

Algiers must also stop its irrational obstinacy to politicize human rights. Moreover, it needs to assume its international obligations to protect the population of Tindouf camps, southwestern Algeria, the Moroccan delegation said.