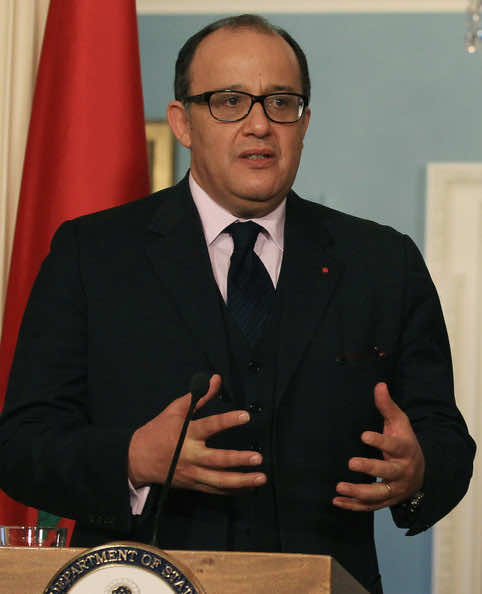 New York – Foreign Minister Taib Fassi Fihri underscored, on Thursday at the UN headquarters in New York, the “very particular and valuable” role played by HM King Mohammed VI in the Palestinian cause.

“HM the King plays a very particular and valuable role in the Palestinian cause on behalf of the Moroccan people, who not only express solidarity, but also support at the international level the legitimate demands of the brotherly Palestinian people,” Fassi Fihri told the press on the sidelines of the UN 66th General Assembly.

“There would be no peace in the Middle East without an Independent Palestinian state,” the Moroccan minister made it clear.

Morocco spares no efforts to support the national legitimate aspirations of the Palestinian people, he went on to say, stressing that “peace is inconceivable in the Middle East without the establishment of a Palestinian strong, viable and geographically contiguous state with Eastern Al Quds as its capital.”

HM King Mohammed VI, in his capacity as Chairman of the Al Quds Committee, has devoted considerable efforts to achieve the establishment of an independent Palestinian state, an objective that is largely endorsed by the international community, underscored Fassi Fihri.

He recalled that Morocco, as a member of the Follow-up Committee of the Arab Peace Initiative, has always championed the goal of establishing an independent Palestinian state.

“We worked together with our Palestinian brothers so that their application be better presented and so that the inacceptable policies led by Israel be denounced at the international level and we are happy to have contributed to an increasing recognition of the Palestinian state by several African, Latin American and Asian countries,” said the Moroccan official.

He recalled that the five meetings of the Arab Peace Initiative supported the willingness of the Palestinians to seek UN fully-fledged membership.

Fassi Fihri also emphasized the need for a relaunch of negotiations to achieve the goal of two states living side-by-side in security and peace.