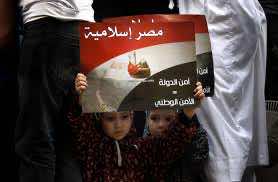 CAIRO — Egypt’s military ruler says he will testify in the trial of ousted President Hosni Mubarak after failing to attend a previous session.

Field Marshal Hussein Tantawi says he decided to testify at Saturday’s court session because of the importance of the case. Such high-profile testimonies are rare in Egypt.

Mubarak is charged with complicity in the killings of protesters during the crackdown on Egypt’s uprising in January and February.

Tantawi was Mubarak’s defense minister. He said Friday in comments carried by the state news agency that military leaders have never testified in civilian courts but that he wanted to reinforce the rule of law in the new Egypt.

Tantawi failed to turn up for a Sept. 11 session, citing security concerns. But the judge summoned him again.

Copyright 2011 The Associated Press. All rights reserved. This material may not be published, broadcast, rewritten or redistributed.