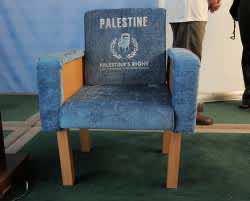 The Secretary General of the United Nations has forwarded to the Security Council the Palestinian request for the recognition of Palestine as a full-fledged member of the world body.

Earlier in the day, President Mahmdoud Abbas handed over the application for statehood to the UN Secretary General. In his much-anticipated speech before the General Assembly, he called upon the UN chief to expedite transmittal of the Palestinian request to the Security Council, and called upon the  members of the Security Council to vote in favor of Palestine’s full membership. He also called on the states that have not yet done so to recognize the State of Palestine.

According to the provisions of the UN Charter, any application for membership is considered by the Security Council, which decides whether or not to recommend admission to the General Assembly. In turn, the latter has to adopt a resolution for the admission of any new Member State.

The United States has already expressed its intention to veto the Palestinian bid at the Security Council, which may harm its diplomatic standing and leave a negative impact on the world public opinion regarding its position as a fair broker.

As of September 2011, 127 (65.8%) of the member states of the United Nations have recognized the State of Palestine. The total population of Palestine is over 5.2 million people.

the Middle East Quartet – a diplomatic grouping bringing together the UN, the European Union, Russia and the United States – is scheduled to hold a meeting at UN Headquarters later today to discuss the Israeli-Palestinian conflict.