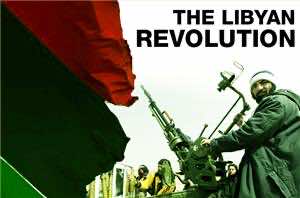 NTC’s commanders rush to evacuate residents so that it may continue its advance on Muammar Gaddafi’s hometown.

Revolutionary fighters loyal to Libya’s National Transitional Council have been evacuating residents of Sirte, as they prepare for a final assault on one of Muammar Gaddafi’s last remaining bastions.

Commander Ahmed Zlitni announced on Friday that the fighters have probed the eastern outskirts of the Mediterranean coastal city, the deposed Libyan leader’s hometown.

“Our fighters are in control of the eastern gate of Sirte,” he said.

“They are 2km ahead of the gate and holding positions there. Technically we can say that we entered Sirte from the east,” Zlitni said. He said the fighters “did not face any resistance” when they crossed.

The campaign, however, has been delayed until fighters could evacuate residents.

“We’re trying to get the families out,” commander Osama Muttawa Swehly told the AFP news agency. “We are averaging between 400 to 500 cars a day.”

“The offensive was launched a week ago,” she added. “So now they’re going to have to push in, evacuate families and hold territory.”

“One fighter was killed and one family car was destroyed,” he said, with an unknown number of occupants also presumably killed.

Massoud al Adawi, a fleeing resident of Sirte, explained: “[Gaddafi loyalists] don’t want people to leave the city. They want to use them as human shields.”

Swehly said: “We are giving the families every chance to get out. Once that stream turns into a trickle then stops, then it will be time to act.”

The NTC has given pro-Gaddafi loyalists until Saturday to surrender. If they don’t, a full-scale assault will be launched by rebel fighters.

Khodr, however, said pro-Gaddafi forces are putting up a “stiff fight” and show “no sign that they intend to surrender.”

Libya’s interim rulers will hold an urgent meeting on Sunday to discuss the formation of a “crisis government”, signaling a breakthrough in efforts to form a more inclusive administration after the war.

“We’ve agreed on a number of portfolios and who would hold the most important ones. There will be 22 portfolios and one vice-premier,” Abdel Hafiz Ghoga, a spokesman for the NTC, said.

“It will be a compact government, a crisis government.”

It remains unclear whether the NTC, still based in the eastern city of Benghazi, can unify a country split along tribal and regional lines.

“I think diversity and inclusion of all political streams of thought, this should be taken care [of] in the legislative branch of the government,” he said.

“But for the executive we are going to take care of the geographical balance but not at the expense of qualification and merits.”

Earlier this month, Mustafa Abdul-Jalil, the chief of Libya’s revolutionary movement, called for the Libyan people to form a democratic state based on Islamic law.

Meanwhile, supporters of the slain Libyan general Abdel Fattah Younes marched through the city of Benghazi. They are not satisfied with the NTC’s investigation into his death.

Younes was killed by mysterious assailants in July after appearing before a judicial inquiry in Benghazi. His supporters have demanded a thorough investigation into his death and swift justice for his murderers. Otherwise, they said, action would be taken into their own hands.