Morocco World News
Home News Middle-East Is the Arab brotherhood, like the Euro sisterhood, of an economic nature? 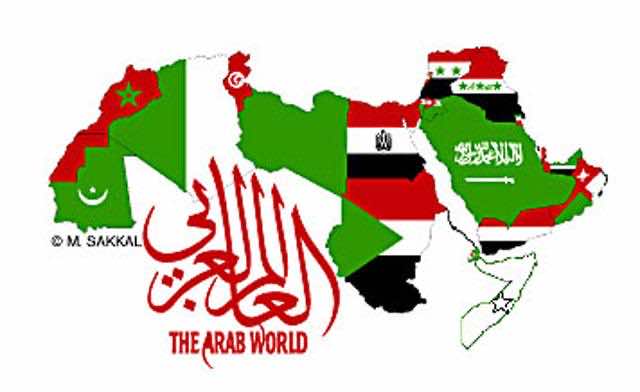 The answer is clearly yes! In a world run by capitalist modus-operandi, business reigns supreme.

However, one cannot deny the political solidarity and the human mobilization beyond their materialistic necessities and economic rights.

While the league gives morale support to its Arab brothers and sisters who are in need, its members rarely ? at least in recent Arab history ? exerted the needed force to change the status quo Arabs have wished for.

Many times, we’ve heard snippets that alluded to economic solidarity, despite the criticism that rich Arabs ? especially the ones hailing from the Gulf ? invest their treasures and troves in the West more than the Arab World. Suffice to say, everyone likes to feel that their money is left in some place he/she perceives as stable ground for investment hence England’s lucrative real estate and its soccer clubs.

However, there are astute examples that Arab nationalism has mutated into one that is of a business nature; Arab solidarity has become of monetary and economic one.

According to a Bloomberg report on Friday, Egypt’s Deputy Prime Minister Hazem al-Beblawi said the Arab governments or their investment arms may soon buy Egyptian treasury bills to help the government reduce the highest borrowing costs since 2008.

He said Egypt is in talks with Saudi Arabia and the United Arab Emirates to buy the instruments.

Egypt was placed as a high risk nation for investment with its stock markets radically swooping down during the January 25 revolution and it was desperate to sell its $2.6 billion of shorter-term government debt, dubbed as record amount of the country.

Since neither Tunisia nor Egypt has held elections, the risks remain as it’s unclear what governments will emerge in the revolution-hit Arab states.

Where then is that tender brotherhood that is Arab? Will Saudi Arabia and UAE feel secure buying debts of non-Arab nations ? especially in an era I like to call the debt, deficit trodden one, with reports of high increased homelessness in Greece, and higher unemployment in Spain etc.

Saudi Arabia clearly said that it was not interested in buying a slither or chunks of the U.S. or EU debts.

Even during the G-8 meeting, one can say a big chunk of the money is hailing from the rich Arab states into the poorer ones.

The breakdown of the G-8 overall goal of giving $40 billion to aid the Arab Spring countries is still under discussion.

Around $20 billion will come from international development banks to pour into Egypt and Tunisia over the next three years, an expected amount from such a huge international body.

However, another $10 billion will come from Arab Gulf countries. That is a good chunk of the $40 billion that is still not confirmed or realized ? to be coming from a GCC state.

There are other grants there and there like Algeria granting Tunisia $100 million in financial aid.

On September 11, Morocco and Jordan attended their first GCC ministerial meeting in Jeddah. Their entrance to the GCC is definitely a winning situation and solidifies the Arab region as a whole.

Arabs are also learning to realize their linkage and interdependency as they move on. From the interplay of the Arab states, there is definitely an interest that shows how each state reacts and cashes in on generosity shown to it. After all, Egypt in addition to Morocco are the only Arab world’s emerging markets so letting them go down, will only weaken the region.

But there are sore feelings amongst many Arab nations.

One notable example that has been widely discussed is Kuwait’s building of the Mubarak Port along the shores of Shat al-Arab close to the vicinity of Iraq’s south.

According to the Kuwaitis, they are merely exercising their rights to build on land that is theirs. Iraqis however view it as Kuwait trespassing on Iraq’s economic rights, and chocking their water thoroughfare thereby stunting their own port project which has yet to be executed.

Analysts ponder whether Kuwait was using its economic clouts to force Baghdad to re-draw the borders.

These issues notwithstanding, one cannot deny there is a common shared identity that makes it necessary for Arab states to help each other.

Of late, a non-Arab, quasi-Middle Eastern state like Turkey is using its economic clout to bring stability to the region. It revoked the condition of visas for Yemenis to enter Turkey which must have been a very hard step given Yemen’s chaotic and dangerous politics. Even Dubai-Tehran economic relations have helped reduce the severity of the EU, U.S. and U.N. sanctions placed against the Islamic Republic –despite the clear divide.

There is optimism everywhere.