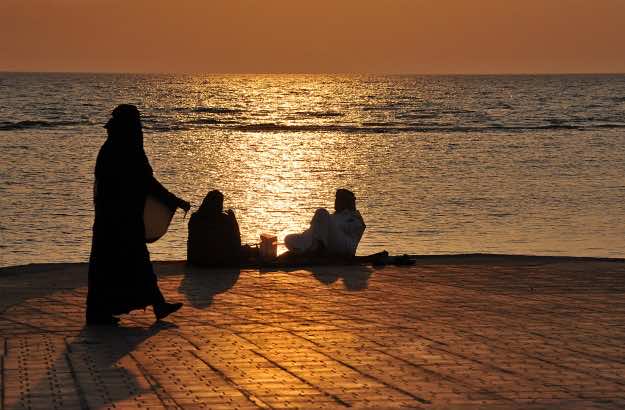 Why is the House of Saud risking its hard-won relationship with Washington over the Palestine statehood issue?

Saudi Arabia, the Arab world’s richest and most powerful state, is once again at loggerheads with the United States, its longtime patron, oil customer, and weapons dealer. The current split opened with the U.S. abandonment of Egyptian President Hosni Mubarak in January and widened as President Barack Obama’s administration haltingly embraced pro-democracy demands from the Arab street — a trend the kingdom staunchly and unequivocally opposes.

Those differences are yet again on painful display this week at the United Nations, where Saudi Arabia will join other Arab countries — and over 100 other U.N. members — in supporting the recognition of a Palestinian state in the world body, a move the United States has committed itself to opposing strenuously on behalf of its closest Middle East ally, Israel.

But Saudi Arabia and the United States have been at odds for much of the last decade, over not just Palestine but also terrorism, energy policy, and the Iraq war. The question is whether repeated strains in the relationship starting even before the 9/11 attacks are leading toward a substantive shift in the kingdom’s attitude toward its main foreign protector for the past seven decades. This is a question of major strategic importance for the United States given the kingdom’s role as the world’s top oil producer in terms of capacity (12.5 million barrels a day) and its No. 4 ranking in foreign exchange holdings ($540 billion). The Saudis continue to hold out against demands from some other oil producers for payment in currency other than the U.S. dollar, partly or totally. What would be the consequences if they agreed to a change in this policy? Is Obama willing to find out?

The United States and Saudi Arabia have always had trouble describing how they relate to each other. For decades, the core of the relationship was summed up in the cryptic description of “oil for security,” meaning assured Saudi oil supplies at reasonable prices in return for assured U.S. security of the kingdom against its external enemies, be it Iraq, Iran, or al Qaeda.

In the early 1970s, the two countries coined the term “special relationship,” even while Saudi Arabia steadfastly refused to become a “non-NATO ally” of the United States, like Egypt, Jordan and Pakistan, or sign any formal defense agreements. After 9/11, neither side spoke any longer about a “special relationship.” It took four years to adopt the term “strategic dialogue,” the same used to describe U.S. engagement with China, India, Israel, Pakistan, and Russia

The deepening divide between the U.S. and Saudi policies toward the spate of democratic uprisings in the Arab world became painfully obvious in March over the fate of the Al Khalifa monarchy in Bahrain, an island 16 miles off the kingdom’s eastern coast. Hundreds of thousands of Shiites, who constitute the vast majority of Bahraini nationals, took to the streets to demand first reforms and eventually an end to the centuries-old ruling Sunni dynasty. As U.S. diplomats urgently pressed the Al Khalifa monarchy to make major reforms, the Saudis sent in troops to help the ruling family crush the pro-democracy uprising.

Six months later, the United States and Saudi Arabia are still at deep odds over Bahrain, while the Palestinian issue is back at the center of their differences. The issue has periodically re-emerged as a bone of contention ever since the 1979 Egypt-Israel peace treaty left the fate of Palestinians in the Israeli-occupied territories unresolved. So have various U.S.-inspired Israeli-Palestinian negotiations ever since. There is probably more pent-up Saudi frustration with Washington over the unresolved Palestinian issue than any other in the relationship.

It is worth remembering that Saudi King Abdullah became so furious with President George W. Bush just before 9/11 that he wrote an angry letter warning that if Washington did not do something quickly to resolve the Israeli-Palestinian dispute, Saudi Arabia intended to freeze its relations with Washington and go its own way. Bush scrambled to pacify the king, but the presence of 15 Saudis among the 9/11 hijackers so traumatized both countries that their relations effectively froze anyway.

King Abdullah then cast about for other political and military partners that could replace the United States, engaging in an exchange of visits with the leaders of China, India, Pakistan, and Turkey. But he soon discovered that none was likely, or even militarily capable, of coming to the kingdom’s rescue the way the United States had done when Iraqi forces rolled across Kuwait to the Saudi border in August 1990.

While the prospect for a nasty U.S.-Saudi exchange over the Palestine issue looms large, both sides have to calculate whether either can afford a major rift with the Middle East in such political turmoil and Iran pushing full speed ahead with its nuclear program.

A rift now would, among other consequences, put in jeopardy six years of painstaking efforts to repair and repackage the two countries’ post-9/11 ties. Those efforts started with King Abdullah’s much-publicized hand-holding encounter with Bush at his ranch in Crawford, Texas, in April 2005. After 22 years, Saudi Arabia sent a new ambassador, Prince Turki al-Faisal, to replace the worn-out Prince Bandar bin Sultan, and King Abdullah and Bush set up six committees to revive every aspect of the relationship, from expediting Saudi students’ access to U.S. universities to deepening military and security cooperation.

King Abdullah had even higher expectations and hopes for a new U.S. Middle East policy when Obama came into office in January 2009 promising a “new beginning” in America’s relations with the Muslim world and an immediate relaunch of the Israeli-Palestinian peace process. His endeavor proved short-lived, however, and he lost his test of wills with Prime Minister Benjamin Netanyahu over continuing Israeli construction in the West Bank. From the Saudi perspective, Obama, for all his goodwill, had quickly failed to walk his talk.

The Saudi king has sent several subtle indicators of his mounting anger at Obama’s announced intention to veto U.N. recognition of Palestine even as a nonvoting observer state. He has slowed the implementation of the Saudi plan to purchase $60 billion in U.S. arms, the keystone of a proposed new U.S.-Saudi military relationship for decades to come and a helpful “stimulus package” for the beleaguered U.S. economy.

King Abdullah has also done nothing to dissuade the Palestinian leadership under Mahmoud Abbas from a showdown with Washington at the United Nations. Nor has he signaled any difference of opinion with Prince Turki, the former Saudi ambassador to Washington, who warned in a recent New York Times op-ed of calamity in U.S.-Saudi relations should Washington veto U.N. recognition of a Palestinian state.

So once again the Saudis find themselves staring at a test of their tangled relationship with Washington. Is a U.S. veto of a Palestinian state worth jeopardizing the new security and military cooperation with Washington? However angry Saudi leaders are today, they have acknowledged again and again that when it comes to countering the threat from Iran, there is only “one game in town” — namely, the military might of Uncle Sam. Secretary of State Hillary Clinton has even suggested that the United States would be ready to establish a “defense umbrella” overt the Arab Gulf states to protect them against a nuclear-armed Iran.

Nonetheless, King Abdullah remains a man of high emotion and occasional spur-of-the-moment decisions, a character trait that could still produce an unexpected turn in the unsettled U.S.-Saudi relationship.