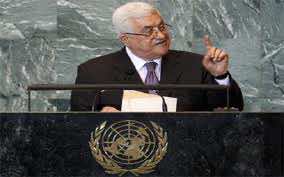 HM King Mohammed VI had a phone conversation, on Saturday, with Palestinian President Mahmoud Abbas, during which the Sovereign congratulated him on his historic speech in the United Nations.

The Palestinian President called, in his speech on Friday before the UN General Assembly, for putting an end to the Israeli occupation of the Palestinian territories.

Before his speech, the Palestinian President submitted to the UN Secretary-General Ban Ki-moon Palestine statehood bid at the United Nations.