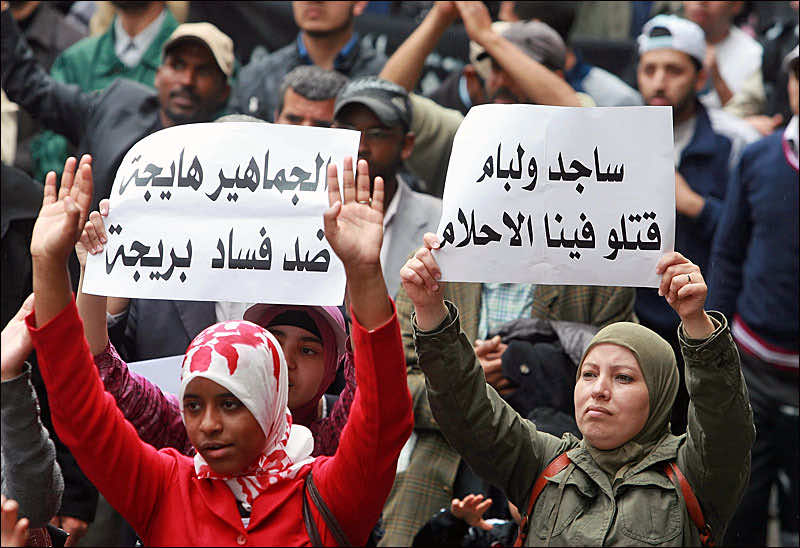 As Moroccans prepare to head to the polls for the country’s November 25th legislative elections, corruption is resurfacing as a key issue for voters. Politicians recently met in Rabat to discuss new government proposals aimed at tackling the problem.

A united effort is needed to fight corruption in its various forms, both in the political and economic spheres, according to Habib El Malki, a member of the Socialist Union of Popular Forces (USFP) policy committee, which sponsored the September 10th seminar. El Malki said that his party has embarked on discussions with various officials to push for improved ethical standards in public life.

Graft has long been a primary concern of young people in the kingdom, particularly among members of the February 20 Movement. Many hope that the use of tainted money will diminish in the coming election cycle with the threat of punishment from authorities.

Political analyst Hamza Charafi said that the political parties bear responsibility in this matter by bringing candidates on board who can attract a large number of voters, particularly from among the younger population. On the other hand, Charafi said that the state needed to set an example by prosecuting those who break the law.

The interior ministry presented parties with a charter on electoral ethics on September 10th with the aim of improving transparency and fairness for the upcoming vote. Authorities hope to dissuade politicians from vote buying and avoid violence during the campaign. The parties must also commit themselves to nominating competent, honest candidates.

But the public remains sceptical in light of repeated government efforts to root out corruption.

“Until we see real action being taken to make changes, we need to remain on our guard. Up until now, experience has shown that all this talk has little to do with reality,” student Ilham Boussata said. “But at the same time, the public also needs to take some responsibility and not play along with the corrupt people.”

Boussata added that the anti-corruption campaign should not be just temporary and must extend to all sectors, including the economy. Indeed, many have questioned the practices linking the administration to business.  Businesses have done little to speak out against corruption, according to Abdessamad Sadouk from the General Confederation of Moroccan Business. Sadouk said companies were hesitant to condemn bad practices linked to public tender operations because they want to remain on good terms with the project manager. He believes an effort needs to be made to raise awareness and encourage companies suffering from different forms of extortion to keep silent no longer. Sadouk was also critical of complicit businesses, which he said need to be named and shamed.

Many have called for greater powers for the control bodies, particularly the high committee on competition, to put an end to unhealthy practices.  The body’s chairman, Abdelali Benamor, said there was little more it could do to fulfil its mission unless it could move beyond purely consultative powers. He said he was working on a bill to give the committee decision-making powers to enable it to take part in improving ethical standards across the economy.