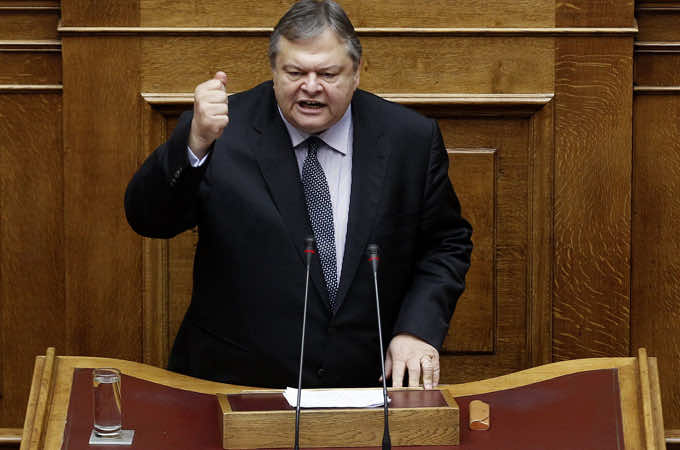 Eurozone policymakers debate dramatic increase in size of continent’s bailout fund, amid criticism from US and China.

European policymakers, stung by criticism for failing to stem the eurozone debt crisis, have began working on new ways to stop fallout from Greece’s near-bankruptcy from inflicting more damage on the world economy.

After a weekend of being told by the United States, China and other countries that they must get more aggressive in their crisis response, European officials focused on ways to beef up their existing $594m rescue fund.

Markets fear that European banks could be dragged down by their exposure to Greece and other debt-strapped eurozone nations.

Analysts say a bailout fund of around $2.7 trillion would be needed if the crisis spreads to Italy and Spain, with the BBC reporting that the eurozone was debating an increase in the fund to that amount.

Financial markets have plunged on concerns about the ability of Europe to get a grip on the crisis.

Deep differences remain over whether the European Central Bank (ECB) should commit more of its massive resources to shoring up Europe’s banks and help struggling eurozone member countries.

Europe came under more pressure on Sunday when a top International Monetary Fund (IMF) official said the ECB was the only player big enough to “scare” financial markets which have punished many eurozone members.

Greece, the country at the epicentre of the crisis, is trying to secure its latest tranche of funds from international lenders, including the IMF, next month to avoid a default.

Al Jazeera’s Nick Spicer, reporting from Berlin, said: “Greece is sticking to the plan and working with the IMF, EU and ECB and does not want to default.”

Greek Finance Minister, Evangelos Venizelos, speaking to bankers in Washington, said Greece was determined to stay the course of its tough austerity plan to meet the terms of its bailout package.

He complained that the outside world did not understand the severity of the measures that Greece is taking by cutting pensions, salaries and public spending, but he insisted the country will “make it” through the crisis.

“Greece is not the scapegoat of the euro area or the international economy,” said Venizelos.

Transport workers in Greece are extending their strikes ahead of the imminent visit of the IMF, EU and ECB troika.

The subway, tram and city trains pulled to a stop, causing more headaches for commuters who had endured a strike last week.

Newspaper headlines pondered the next move for Greece, speculating on possible ‘haircuts’ or even more austerity measures following meetings with the IMF, as the public said they have had enough.

At the same time police unions, protesting cutbacks in police departments and a wage reduction for officers as part of the austerity program, unfurled a large banner over Mount Lycabettus, a popular Athens landmark, reading: ‘Pay day is a day of mourning’.

The week is expected to be riddled with strikes and protests after the recent austerity measures announced by the government, including further wage cuts, putting jobs at risk and further enraging unions.

But the IMF and European negotiators will not be perturbed by the strikes in Greece, as they are frustrated at what they say is Greece’s slow reform pace.

After talks with IMF chief Christine Lagarde, Venizelos said that Athens will do “whatever it takes” to reduce its huge deficit, which is currently about 160 per cent of the country’s gross domestic product.

This week will see EU and IMF officials return to Athens to examine the country’s progress on its deficit reduction plans.

Greece is still receiving money from an initial rescue, agreed in May last year, although it will not receive the next round of funds if inspectors rule that it is not keeping up with its spending cut targets.

Many analysts say this is a real possibility, which will mean Greece will not be able to meet its debt payment for October.