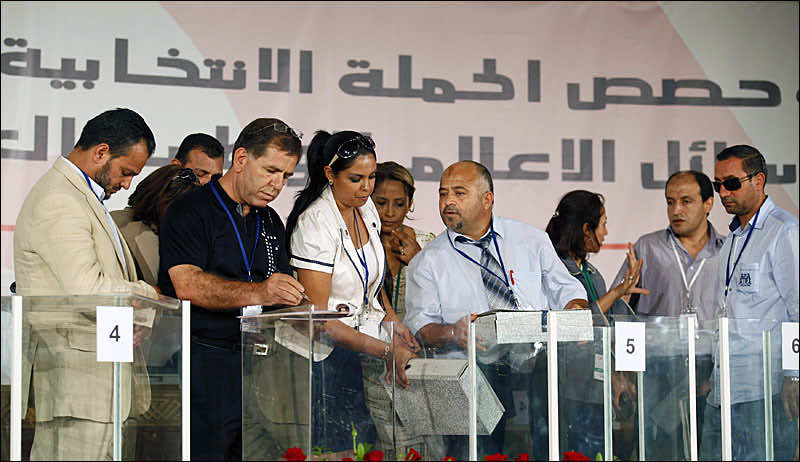 With thousands of candidates and over a hundred political parties from which to choose, many Tunisians still do not know how they will vote in the October 23rd Constituent Assembly elections.

More than half of Tunisians do not support any political party, according to an opinion poll conducted by TAP in co-operation with the Institute for Opinion Polls and Processing Statistical Information (ISTIS) published September 3rd. One-fifth of respondents said politics was their last interest while roughly the same amount said that they did not know any political party.

In addition, 45% of those surveyed by TAP-ISTIS revealed that they did not know anything about the role of the Constituent Assembly and that they do not trust political parties because of their proliferation and the ambiguity in their programmes.

Other recent opinion polls also found apathy among potential Tunisian voters. A poll by the International Foundation for Electoral Systems (IFES) showed that 43% of Tunisians were unaware that the upcoming vote was for the Constituent Assembly. Another survey conducted by Sigma September 6th-9th revealed that 32.1% of Tunisians don’t know who they will vote for.

The next step for Tunisia is ambiguous, according to student Jamel Ben Naceur, who said that there were still pressing social and economic problems.

Ben Naceur added that the large number of parties and their unclear programmes have further deepened Tunisians’ mistrust in elections and have made their task in choosing the parties all the more difficult.

“Things seem to be unclear,” he said. “There are a lot of parties and programs and no one knows who they will choose. Half of the Tunisian people know only the big parties that were known at the time of former regime, while the other parties are still anonymous. It’s really confusing.”

Walid Rezgui echoed the sentiment, saying he registered to vote but remains undecided. “I think the Tunisian people, especially young people, seem to be enthusiastic about the election,” he said.

“However, the big number of discourses and party proposals, and the appearance of political blocs and alliances, make them get lost between the scores of names that have recently entered the political arena, and also make them wary of such parties,” Rezgui added.

Roughly 7 million Tunisians are eligible to vote on October 23rd. However, only 3.64 million voters have registered. Meanwhile, the number of licensed parties is now 111 parties. More than 11,000 candidates have nominated themselves for the Constituent Assembly election. They will compete for 217 seats, leaving more than 50 candidates competing for each seat.

But journalist Salaheddine Jourchi argued in a recent article that the large number of candidates was a healthy phenomenon that indicated a desire by Tunisians to take part in public affairs. He noted that the main challenge for candidates was to try to convince Tunisians of the need to go to the ballot boxes.

In that regard, the TAP-ISTIS poll found encouraging results, with 72% of respondents saying they were prepared to vote.

However, lawyer Mariem Kachroud said that ensuring the success of the election and a high turnout still hinges on the electoral campaign that will kick off on October 1st. She said that it was necessary to conduct this campaign with coalitions of parties so citizens have a smaller list of platforms to choose from.