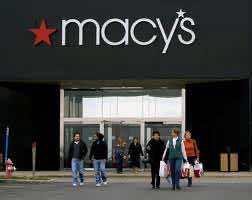 Africa is starting to appear on the radar screens of western retailers as they look for the next growth opportunity in emerging markets while having to cope with subdued consumer spending at home.

Consultants Deloitte and Planet Retail on Tuesday identified five African countries — Algeria, Kenya, Morocco, Nigeria and South Africa — as being among the 10 new markets most likely to appeal to multinational store groups in the coming years.

“All have fast-growing economies, young and growing populations, and fragmented retail sectors,” Deloitte and Planet Retail said in a report published on the second day of the World Retail Congress in Berlin.

“Moreover, although traditional forms of retailing are still dominant, a growing middle class is demanding branded products and the opportunity to shop in modern retail formats,” they said.

Africa was thrust into the retail limelight this year when U.S. retail giant Wal-Mart bought a majority stake in South Africa’s Massmart, giving it a foothold in the continent’s biggest economy and a presence in some 13 other African markets, ranging from Botswana to Zambia.

“With the world’s largest retailer now active in the continent it seems likely other leading global retailers will investigate opportunities in the region,” said Ira Kalish, Deloitte’s director of global research.

Faced with limited population growth and sluggish economies at home, many U.S. and particularly European retailers have been expanding into emerging markets in the hope of finding growth opportunities but with competition intense in China and Brazil many are looking elsewhere to gain an advantage.

As most Africans are on low incomes and focused on basic needs, grocers such as France’s Carrefour and Auchan and Britain’s Tesco are set to be the first movers.

Other brands, particularly those focused on clothing and footwear, could quickly follow.

John McCarvel, chief executive of footwear company Crocs, told Reuters that Africa was potentially an attractive region, not least because its trademark plastic clogs are well suited to the hot climate.

However, he said the marketplaces in much of the region were small and the company was focusing in the short term on expanding in Asia and filling out gaps in Europe.

“Africa is the final frontier in retailing,” said John Fraser, an executive at South African store group Woolworths, which this month outlined plans to more than double its presence in Africa over three years.

He cautioned it was a long-term investment, though, and with few strong local players in many countries, new entrants might have to seek partners from outside the sector, meaning it would take longer to establish themselves.

While a weak banking infrastructure may deter some retailers from Africa, it could be an opportunity for those prepared to offer their own financial services, which can boost customer loyalty and give an advantage over rivals when it comes to larger purchases, he added.

Deloitte and Planet Retail also identified Kazakhstan, Peru and Vietnam as markets with a high potential.