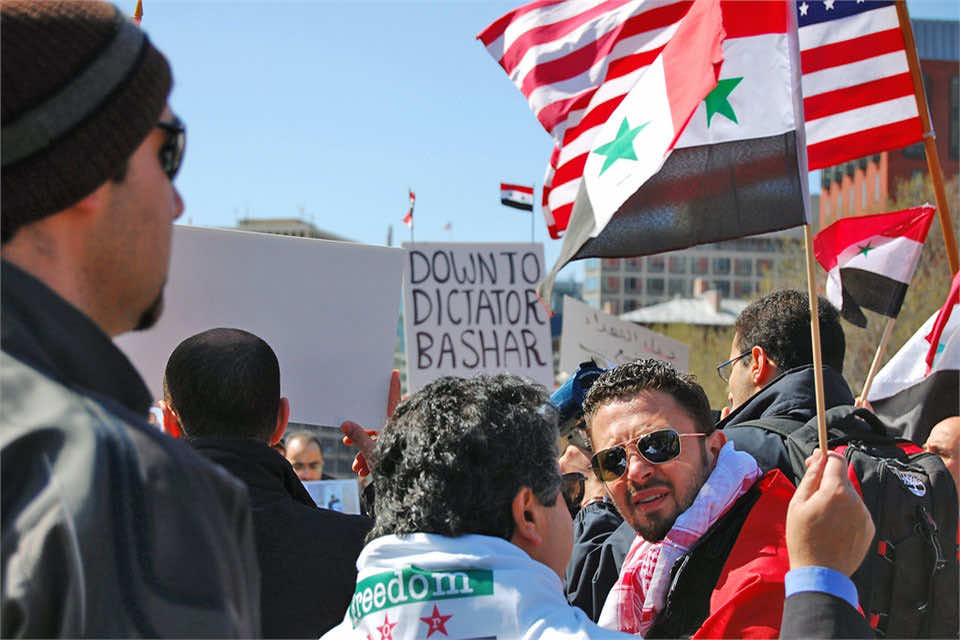 Top United Nations officials today renewed their call on the Syrian Government to end its crackdown on pro-democracy protesters and to cooperate with the Commission of Inquiry charged with investigating alleged human rights abuses.Some 2,700 people have been killed in Syria since March, when the pro-democracy protests – part of a broader wave of uprisings across the Middle East and North Africa – began.

The UN Human Rights Council has ordered an inquiry into the violence after an earlier UN fact-finding mission outlined a litany of Government abuses, including murders, enforced disappearances and acts of torture. Three experts have been appointed to carry out the probe.

Secretary-General Ban Ki-moon, in a meeting with Syria’s Foreign Minister, Walid al-Moualem, reiterated the call he has made on numerous occasions for an end to the violence.

He also repeated his call for a genuine process to fulfil the legitimate aspirations of the people for comprehensive political change, according to information released by his spokesperson.

Also today, Under-Secretary-General for Political Affairs B. Lynn Pascoe said that the increase in Syrian nationals seeking refuge across the border in Lebanon is a reflection of the “escalating political and human rights crisis” in Syria.

“The polarization continues to deepen between the Syrian regime, which appears determined to pursue its policy of violent repression despite international and regional calls to change course, and a growing popular opposition that has continued to organize protests across the country,” he said in a briefing to the Security Council.

He also called on Syria to cooperation with the Commission of Inquiry, whose members are in Geneva this week to discuss their programme and methods of work, and establish contacts with relevant stakeholders.

“We underline the importance of accountability for all human rights violations committed in Syria since March, and hope that the Government of the Syrian Arab Republic will extend its full cooperation to the Commission” said Mr. Pascoe.