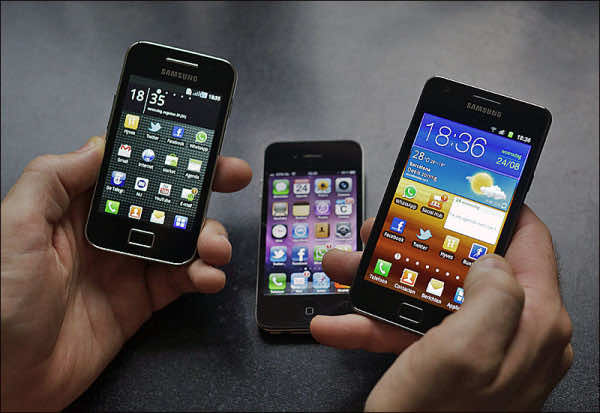 Increasing numbers of Moroccans are buying smartphones, taking advantage of deals offered by phone manufacturers such as Apple, Blackberry, Samsung and Nokia, as well as growing 3G access.

Industry figures suggest that there are more than 600,000 smartphones in circulation, and annual growth is more than 200%.

“This is an untapped market with huge potential. The challenge today is to do with getting services and apps to thousands of customers in Morocco who have a smartphone and mobile Internet access,” says Mohamed Benboubker, managing director of Mobiblanc, a company which specialises in the development of mobile phone applications.

Investment in locally based applications, services and games for smartphones has been slow to take off. Few applications for public services, companies and operators are available from the various smartphone stores.

“In addition to the limitations and lack of enthusiasm coming from the administration and the private sector, Morocco also needs to overcome the obstacles to buying and selling through the various stores by introducing suitable payment solutions,” said Benboubker.

The commitment shown by public authorities and the telecommunications operators is no less important. “These are two major actors who could exert some leverage on the market by investing in the development of this promising market,” recommended consultant Faycal Benaachou.

Meanwhile, the thousands of Moroccan smartphone and touch tablet users can take advantage of the world of free applications.