By Walid Ramzi and Essam Mohamed 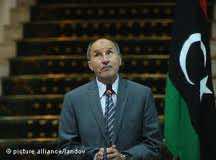 By Walid Ramzi and Essam Mohamed

“Algeria decided to work with the new Libyan authorities and to work on restoring co-operation between the two countries to their normal level, and I would even say restoring particularly enhanced co-operation in all fields,” Medelci told APS on Thursday (September 22nd) on the sidelines of the UN General Assembly meeting in New York.

The minister explained that Algeria’s position was “in harmony with the position of the African Union” and “based on Libya’s National Transitional Council commitment to boost the unity of the Libyan people, which is, of course, the more important goal”.

“Based on the NTC’s pledges and the position that was expressed by the African Union, the semi-official relations that Algeria has with NTC will turn now into official relations,” the Algerian minister said without specifying a timeframe.

As to the Algerian authorities’ decision to close the border with Libya, the chief Algerian diplomat said the border would only be re-opened when the Libyan side guarantees to monitor it.

For his part, international relations researcher Mohamed Messli told Magharebia that the Algerian authorities’ decision came after “persistent contacts between Algerian officials and NTC members to melt the ice and put an end to the differences that appeared between the two sides over the past months following charges made by Libyan revolutionaries against the Algerian authorities of supporting Kadhafi’s regime”.

“Algeria is the last country in the region to recognise the NTC,” he noted.

The move could put an end to recent tensions between Algeria and Libya’s new government, according to Messali. He added that the decision to recognise the NTC would enable the two sides to discuss border control and arms smuggling.

Few Algerians commented on the announcement, with the exception of the Secretary-General of the Workers Party (Leftist) Louisa Hanoune who sharply criticised the government’s recognition of Libya’s “illegitimate NTC”. She said that Algeria should have remained committed to its rejection of co-operation with those who she billed as “rebels” and shouldn’t have given in to foreign pressures.

Meanwhile in Tripoli, Libyans rallied outside the Algerian embassy on Saturday (September 24th) to condemn an audio tape from Aicha Kadhafi, who was recently given refuge in Algeria.

The Kadhafi message was aired on Syrian satellite television station al-Rai. Libyan intellectuals and journalists demonstrating outside the Algerian embassy denounced the tape, saying it attempted to sow fitna among Libyans.

The Algerian ambassador to Libya met with two representatives of the protestors and told them that he had “seen the banners that call for preserving bilateral relations between the two countries”.

The ambassador also reiterated that Algeria’s reception of Kadhafi’s family was for purely humanitarian reasons. “We undertake that such a thing wouldn’t be repeated, as the Algerian government is following up on this,” he said, adding that relations were improving.

A statement from the protestors said that they asked the envoy to convey their resentment to the Algerian government, adding that they hoped the incident would not be repeated. The demonstrators also called for the extradition of Kadhafi relatives.

The Kadhafi tape was also denounced by Algerian Foreign Minister Mourad Medelci, who said the audio message was “unacceptable”, according to APS. The minister added that measures would be taken to “prevent such behaviour in the future”.