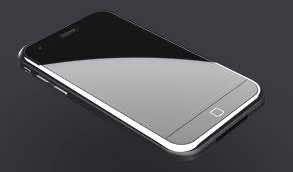 Apple is inviting journalists to its Cupertino, California, headquarters next week for an iPhone-related event on Oct. 4.

The invitation Apple Inc. sent on Tuesday does not go into details. It says “let’s talk iPhone,” suggesting that the usually secretive company is likely to unveil the next iteration of its popular smartphones, according to news agency AP.

Technology blog AllThingsD reported last week that Apple’s new chief executive Tim Cook will preside over the launch of the iPhone 5, as reported by AFP.

Former Vice President Al Gore, who sits on Apple’s board, has said recently that he believes Apple’s new iPhones will be here in October.

Next weeks’ event will be the first product unveiling for Apple since Steve Jobs resigned as CEO in August.

Jobs, 56, the Silicon Valley visionary behind the Macintosh computer, the iPod, iPhone and iPad, stepped down as Apple’s CEO on August 24.

Apple released the iPhone 4 in June 2010 and sold 20.34 million of the devices last quarter.

Apple shares were up 0.45 percent at ê404.99 in mid-day trading on Wall Street on Tuesday.