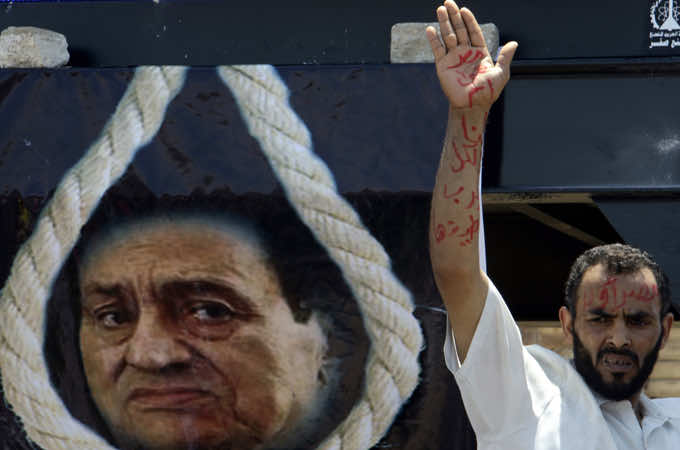 Egypt’s Muslim Brotherhood and 59 other parties and groups have threatened to boycott elections unless the country’s military, which currently rules the country, amends the election laws.

In a joint statement issued on Wednesday, the groups set a deadline of Sunday for their demands to be met. The military had earlier announced the polls would begin in November.

The proposed changes would effectively bar many supporters of Hosni Mubarak, the country’s former president who was forced from office after a popular uprising in February, from running for office, the statement said.

“We will boycott [the elections] if they have not responded positively to our demands by Sunday,” Sayyid al-Badawi, the head of the Wafd party, told the Reuters news agency.

After the dissolution of Mubarak’s National Democratic Party under a court order, the Muslim Brotherhood’s Freedom and Justice Party is the largest and best organised political party in Egypt.

On Tuesday, Egypt’s ruling military council said that parliamentary elections would begin from November 28, and invited candidates to start registering for the poll from October 12.

Under the rules approved by the council, political parties will compete for two-thirds of the upper and lower houses of parliament, while the rest of the seats will be allocated to individuals.

Badawi said that the group of political parties wants to be able to put up candidates for both for election and for the seats to be allocated to individuals.

“We reject participation in the elections unless the article is changed,” said the statement, which was signed by the coalition of The Democratic Alliance, which includes 37 parties along with the Brotherhood’s Freedom and Justice party.

Some Muslim Brotherhood officials, however, downplayed the threat of a boycott.

“Everybody is talking about a boycott, but we are not behind a boycott because it means postponing the transfer of power, which we don’t want to do,” said Mohammed el-Beltagi, a leading Brotherhood party member.

The group also called on the military council to activate a “treason law” issued under Gamal Abdel Nasser, Egypt’s former president, in the 1950s to fight political corruption and abuse of office. In addition, it reiterated a long-standing demand that emergency laws, which were put back in place earlier this month, be repealed.

In August, the government revived an amended version of the treason law, the MENA state news agency reported. That law was sent to the military council, but is yet to be approved.

Under the law, any government official, parliament member or minister may be punished for abuse of power if they, their relatives or acquaintances benefited from any public office they had held.

Activists in Egypt say the law would effectively bar many Mubarak supporters from running for office for another 10 years.

The officers were laughing and filming the torture with their cellphones.

The two men, one in a grey Egyptian robe and the second in a green shirt, were being beaten while being repeatedly questioned about where they obtained the guns and rifles that were allegedly seized from them in the northern Nile Delta province of Dakahliya.

When they refused to answer, the men were repeatedly given electric shocks to their ears and chins.

“The presence of military police inside a civilian police station, and beating up detainees to force them to confess, is kidnapping,” said Malik Adly, a lawyer and activist at the Hisham Mubarak Law Centre, which is to file a lawsuit with the public prosecutor.

The state news agency said the military prosecutor has opened an inquiry, but lawyers say those proceedings are highly secretive.

Meanwhile, Anas al-Fiqqi, Egypt’s former information minister under Mubarak, was convicted of corruption on Wednesday and sentenced to seven years in prison.

Al-Fiqqi joins a growing list of former government officials who have been convicted of crimes committed during Mubarak’s rule, including the former interior minister, tourism minister and a ruling party insider and business magnate.

Osama al-Sheikh, the former chief of the state television station, was also sentenced on Wednesday to serve five years in prison in the same case as al-Fiqqi.