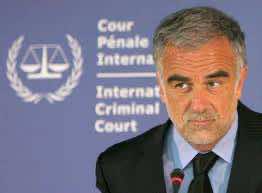 The previous enthusiasm for pursuing international justice by investigating crimes of the Gaddafi regime has waned. Western states were keen to bring the Libyan leader to the International Criminal Court, and they all seemed to be in favor. Nevertheless, when the intervention gathered momentum, the initial support for the idea was replaced by statements proclaiming that, “it is up to the Libyan people to decide where to achieve justice.” Was the intervention in Libya another case of the selective and political nature of international justice?

It was so promising. Everyone appeared to be on board when, last February, the international community decided that the situation in Libya should be investigated by the International Criminal Court. Not only did the UN Security Council refer the situation in Libya to the Court, but it did so unanimously. However, despite hefty rhetoric about the importance of bringing the Libyan leader to justice, Western states have been happy to instrumentalize the Court in order to isolate Gaddafi and have just as keenly abandoned their interest in bringing the Libyan tyrant to The Hague. Their initial and overwhelming zeal for international justice also obscured their complicity in sustaining Gaddafi’s regime and its crimes against the Libyan people.

Readers of the UN Security Council Resolution 1970 will note that the resolution imposes a temporal limit on the ICC’s jurisdiction. While the Rome Statute declares that the Court can investigate events since July 1, 2002, the ICC was instructed to only investigate alleged international crimes in Libya since February 15, 2011. In addition, the referral explicitly removes citizens of non-state parties from the jurisdiction of the Court. Despite the questionably legal nature of such restrictions, the referral was celebrated as marking a new chapter in international justice and the relationship between the ICC and the Security Council. Yet, ironically, as the intervention in Libya began to succeed and Gaddafi became increasingly isolated, commitment to achieving international justice waned.

That Western states sought to prohibit the Court from investigating any Libyan crimes prior to February 15, 2011 is unsurprising. Doing so would have exposed a litany of instances in which Western states propped up the Gaddafi regime and were complicit in systemic and systematic human rights violations.

It doesn’t take much research to discover the extent to which Western states and Libya developed a remarkably cozy political, military and economic relationship. Virtually every major Western state had significant dealings with Gaddafi and his regime. Despite protestations from human rights groups and Gaddafi’s victims, he was no longer the “criminal” tyrant who presided over a “reign of terror”, as described by Ronald Reagan. Instead, he was convinced to take responsibility for Lockerbie, renounce sponsorship for international terrorism and become a partner in the fight against radical Islam, and dismantle his nuclear and weapons of mass destruction programmes. Justified by realpolitik, Gaddafi became a “friend”, an “ally” and “one of ours”. It was a remarkable transformation and one which ushered in a wave of bilateral deals which helped keep his police state in power and his people oppressed.

Getting Gaddafi on the right side of terrorism and nuclear proliferation was necessary and the concessions achieved by restoring Gaddafi’s image were surely worth it. However, as Stephen Glover has argued: “What is not defensible is the subsequent indulging of this horrible man, and treating him as though he were a normal leader of a normal country.”The most egregious element of this normalized relationship emerged as anti-Gaddafi forces began the process of overtaking Tripoli. Earlier this month, files detailing the cooperation between the UK and US intelligence services with Libyan authorities on counter-terrorism were discovered at the former office of Moussa Koussa, Gaddafi’s one-time intelligence chief. The files disclosed that the CIA and MI5 had worked closely with the Gaddafi regime, participating in the torture and extraordinary rendition of terrorist suspects – sadly, an unsurprising revelation. Regardless, it again demonstrates the extent to which Gaddafi and his instruments of oppression were treated as invaluable partners and allies by precisely the same forces which have now guaranteed his demise.

There is no doubt that the US, the UK, France, Italy, Canada and other Western states actively participating in the liberation of Libya, have much to hide. Even if they cannot be held criminally liable, states despise being embarrassed. Who wants to make it public knowledge that their money bought the gun that killed a child or that the tanks they sold bombed a village? In this context, it may have been inevitable that the vigour with which these countries supported the role of the ICC in Libya would quickly flounder.

In recent weeks, support for putting the Tripoli Three on trial at the ICC has been replaced by declarations that “where to achieve justice is up to the Libyan people.” It’s a brilliant political line, really. To argue against it is to be patronizing and simultaneously argue in favour of denying the Libyan people a right to achieve justice for themselves. But it is also an abrogation of responsibility by the international community to international justice and has very little to do with the Libyan people. These states would appear to be far more interested in jostling for positions in the lucrative windfall coming their way and currying favour with the country’s transitional government.

For many, the notion of a state which has not had an independent judiciary in decades trying their dictator with the support of international interveners will evoke uncomfortable memories of Saddam Hussein’s trial in Iraq. The dangers of such a tainted trial are indeed real. And, as in the case of Hussein, the intervening powers have an interest in a trial of Gaddafi that leaves old ghosts in the closet.