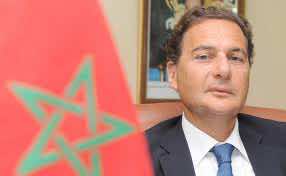 The high-speed link is an “asset” for the development of Tangier-Tetuan and is likely to confirm the importance of the region as a hub for the Union for the Mediterranean (UfM), French minister for Industry, Energy and Digital Economy, Eric Besson, said on Thursday.

“It is clear that the high-speed link will be an asset for the development of the Tangier-Tetuan region, which is becoming a hub for the Union for the Mediterranean (UfM),” Besson told MAP on the occasion of the launch, by HM King Mohammed VI and French President Nicolas Sarkozy, of the building works of the Tangier-Casablanca high-speed link, for a budget of 20 billion dirhams.

Compared to other means of transport, “the high-speed train has undeniable advantages in terms of safety, comfort and punctuality,” he said.