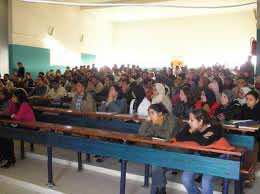 As the new school year proceeds, a tedious razzmatazz about our broken educational system has started once again, with no looming sign for its ending. Our education system has become the center of ferocious criticism from everyone, whether scholars,  professionals or laymen. They all can talk nineteen to the dozen about our education. Some blame the students, other pin the blame on teachers and some accuse the education policy and decision makers. Personally, if we subject this status quo to an independent scrutiny, emboldened by the mysterious conspiracies unveiled right after the collapse of neighboring regimes, certainly we will find answers.

In the 1980s, in an interview for “La Nouvelle Observatoire”, the late Hassan II was asked about the causes of the deteriorating educational system and the rapid spread of illiteracy in his country. His answer was “…all those whom we taught in schools and universities became either revolutionists or Islamists…” Hassan II was truly of ingenious and crafty character. He was aware that the expansion of education in his country would mean the rapid growth of his political antagonists. Therefore, instead of softening the rigidness of his regime and democratizing his iron fisted rule in a way that gained his opponents’ plaudits and satisfaction, he cunningly did the reverse. Authoritarianism doesn’t mean only detaining and annihilating opponents, rigging elections, pillaging public properties, combining the three powers, nepotism, media censorship… The ugliest face of absolute rule is when it blocks people’s minds and impedes their mental and intellectual development, thus thwarting any glimpse of hope for consciousness raising that will undoubtedly threaten the ruling system.

Scenarios illustrating the hidden process of blocking intellectual development are legion in Moroccan history. The Casablanca uprising in March 1965 was fuelled by the government’s decision to prevent students above seventeen years old from pursuing their studies. Riots and mayhems lasted for three days and led to more than a thousand martyrs.

To add, Zbigniew Brzezinski, one of the United States National Security Advisors to President Jimmy Carter, plotted a fiendish plan called “tittytainment.” “Tit” refers the woman’s breast and “tainment” refers to entertainment. The meaning of the expression is “breastfeeding entertainment,” which was a devilish plan to control people’s minds and shape their thinking in a very subtle way. In Morocco, this theory has been eagerly developed and put into action. A cursory glance at the growing number of national and international festivals that have been mushrooming in Morocco denotes that the “tittytainment” theory is flourishing. Festivities such as Mawazine Festival, Boulvard Festival, the World Sacred Music Festival, Casa Festival, Gnawa Festival, Chamal Festivals, Oujda Ray Festival… all these occasions have been able to deflect the youth from focusing on their nation’s socio-political affairs, and beguile them into having fun and concentrating more and more on frivolities.

The latest deplorable Ramadan sit-coms aired on Moroccan television are another obvious example of how a mysterious apparatus is working ceaselessly to stupefy the Moroccan mind through producing programs that don’t amount even to a puppet-like show. Were those programs to entertain or torture? Were we having fun watching those clowns? To the decision-makers, the matter is that either you are, yourself, dull and silly and want to transfer your stupidity to others, or are very smart and you want us to remain mentally childish.

It is safe to say that Moroccans’ nationalism and general loyalty is crumbling. It is right that loyalty can’t be assessed in the light of these minutia, but the sea is made of drops, a long journey of little steps and a spectacular castle is of little bricks that if not carefully placed and taken care of, will fall apart sooner or later. All what unifies Moroccans has to do with pain and anguish, and as the Moroccan sphere is rife of any national genuine festivity, Moroccans seek it elsewhere, giving a new definition to “clandestine immigration”.

I firmly believe that a country of educated people and educable citizens is more likely to prosper than any other country regardless of its natural wealth. My country is struggling steadily with a host of problems that hinder the process of its development, and a cursory look at the nature of those problems indicates that these are very closely related to education. Illiteracy, students’ dropping out, students’ low grades, absenteeism, ethical illiteracy, vandalism, unemployment, the mismatch between the content learned and the market needs…etc. These are only examples out of many that emphasize the truth that any country that wants to catch up with the rest of the developed world needs to invest generously in the improvement of its education and take care of its people’s grey material because education is the best safeguard of prosperity and liberty, much more than a standing army.  Sadly, this is more easily said than done.