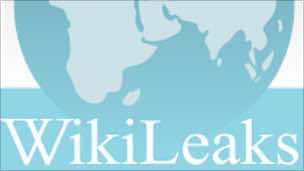 Australia‘s attorney general has described WikiLeaks as “incredibly irresponsible” for publishing the names of 23 Australians accused by security services of having links to al-Qaida in the Arabian Peninsula.

The cable, emanating from the US embassy in Canberra in January 2010, recommended that 11 Australians be placed on a no-fly list and a further 12 on a terrorism watch list.

“The publication of any information that could compromise Australia’s national security – or inhibit the ability of intelligence agencies to monitor potential threats – is incredibly irresponsible,” said the attorney general, Robert McClelland, breaking the government’s longstanding position not to comment on WikiLeaks’ material.

“On occasions in the past, WikiLeaks has decided to redact identifying features where security operations or safety could be put at risk,” he said. “This has not occurred in this case.”

WikiLeaks founder, Julian Assange, hit back, saying McClelland “bemoans having his department being publicly caught ratting out 23 Australians to the US embassy without due process”.

Assange said if McClelland was unhappy about being “caught out” perhaps he should consider cancelling his Australian passport again.

“It [the passport] has not, after all, proven terribly useful to me in the last 267 days of my detention without charge. Or perhaps he could do us all a favour, cancel his own passport and deport himself?” said Assange.

The one common element linking those named in the classified cable is an alleged connection with al-Qaida in the Arabian Peninsula, now considered to be one of its most deadly franchises. Many are accused on having direct contact with Anwar al-Awlaki, the US-born cleric allegedly connected to high-profile attacks.

Many of those named in the classified cable are either related by blood or marriage, including a mother and her two sons.

A lawyer acting for her dismissed the allegations as baseless in an interview with a Sydney newspaper. Others named have also rejected any wrongdoing.

“Australian authorities are working together with international partners to identify and mitigate threats, including by preventing Australians to travel overseas to undertake terrorism-related activity,” he said.