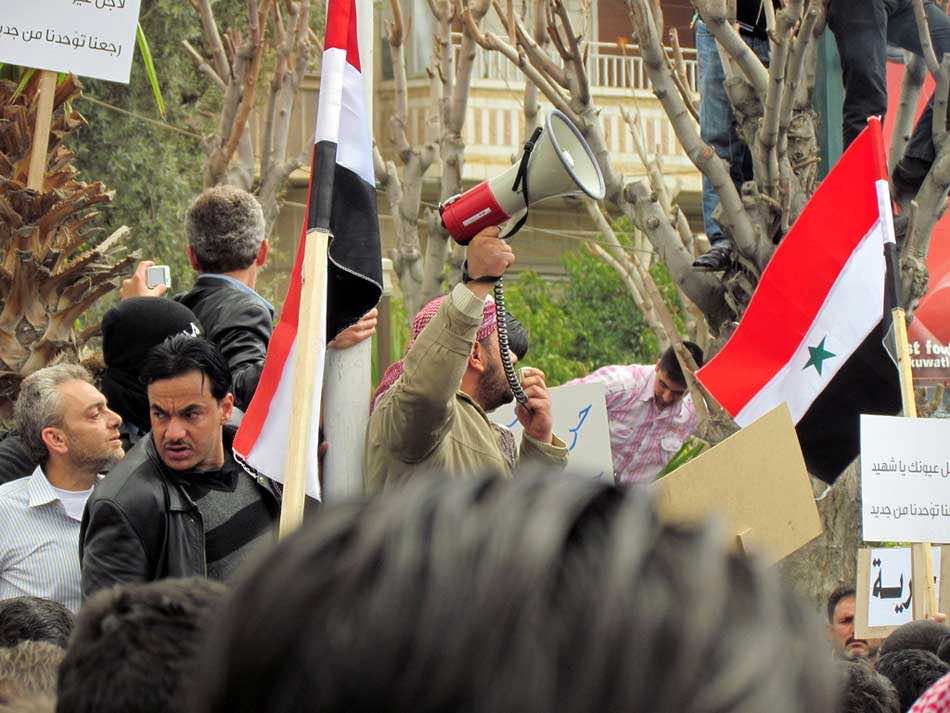 Syrian forces raid Hama after the city’s top prosecutor quits over what he calls executions and torture of protesters.

An attorney general in the central Syrian city has resigned from his post, in protest of what he called repression exercised by the Syrian regime.

Adnan al-Bakkour, speaking in a video footage posted on the internet on Wednesday, claimed to have witnessed over 70 executions and hundreds of civilians tortured while held in custody at Hama central prison last July.

Al-Bakkour said that he had been exposed to more than 420 victims in mass graves by security forces, the arrests of peaceful protesters, the torture of prisoners by security services, and the demolition of homes.

In an interview with Al Jazeera, al-Bakkour denied the regime’s claim that he was kidnapped by “armed gangs” and was forced to read his resignation. He went on to say that he was in a safe place defended by protesters.

Security police and state militiament, known as shabbiha, raided houses overnight on Wednesday in the al-Sabouniya and al-marabet districts, they said.

Al-Bakkour’s video release came on the same day that security forces made further arrests in the city of Houle, about 12 miles from Homs, where the authorities caused anger as they returned the bodies of 13 people arrested in early August.

The Local Coordination Committees, grouping activists on the ground, said security forces set fire to the homes of two men in Houle and threatened to arrest their wives and children if they did not surrender.

In the village of Aqrab, security forces burned down another house and carried out searches and arrests, “terrorising” residents at the start of the Eid holidays, which follow the Muslim fasting month of Ramadan, the committees said.

They said that in Hama province, opposition figure Mustafa Rostom was arrested from his home by military intelligence agents and was prevented from taking medicines with him although he has health problems.

Elsewhere in the province, tanks were deployed in Al-Qussur and security forces massed in Al-Hader, according to the Committees. More widespread arrests were carried out.

The Britain-based Observatory said 360 civilians and 113 members of the security forces and army were killed in protests during the just-ended Muslim fasting month.

The civilians included 25 people under 18, 14 women and 28 who died in detention or under torture, the Observatory said, mainly in the central province of Homs.