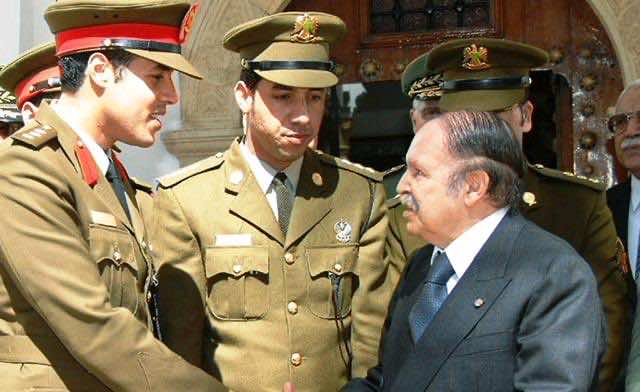 The nascent political leadership in Libya has found itself in an early, simmering diplomatic row with neighboring Algeria, sparked when the latter refused to recognize the National Transitional Council (NTC), as the legitimate representative of the Libyan people, until it forms a government and pledges to fight al-Qaeda.

“We have promised to provide a just trial to all those criminals and therefore we consider this an act of aggression,” Shamman was quoted by the Tripoli Post as saying. “We are warning anybody not to shelter Qaddafi and his sons. We are going after them … to find them and arrest them.”

Rebel army spokesman Col. Ahmed Bani said Algerian President Abdelaziz Bouteflika “does not even recognize the law of God,” so it is not surprising he does not recognize the NTC.

Algeria said it was afraid that al-Qaeda in the Islamic Maghreb (AQIM), whose members had fought the state in the 1990s under the banner of the Salafist Group for Preaching and Combat, might exploit the unrest in Libya to obtain weapons and plan terrorist attacks. The authorities in Algiers even suspect that some al-Qaeda members were fighting alongside the rebels against Col. Qaddafi.

While the Algerian fears are not entirely preposterous, they do not clearly account for the stance against the rebels in Libya.

Algeria’s refusal, or rather hesitation, to recognize the NTC is likely better understood in the light of the changing political dynamics and shift of alliances in North Africa with the fall of Qaddafi.

Qaddafi has long been allied with Algeria in funding, arming and providing political support for the Polisario Front, which is seeking the separation of Western Sahara from Morocco. Qaddafi and the Algerian government had lobbied successfully to bring the separatist movement into the African Union, prompting Morocco to withdraw.

Now, since the crisis in Libya began, Morocco has supported the rebels, albeit not too overtly. Rabat has participated in all Libya Contact Group meetings and supported an Arab League call for imposing the No-Fly Zone over Libya. A day after Tripoli was overrun by rebel forces, Morocco dispatched its foreign minister to Benghazi and recognized the NTC as the legitimate representative of the Libyan people.

The NTC expressed appreciation for the swift move on the part of Morocco and promised to support Morocco’s stance on the Western Sahara issue and cease cooperation with the Polisario Front.

So with Qaddafi out of power, Algeria finds itself isolated. It will now have to bear most of the burden in dealing with the Polisario Front. Besides, with the winds of freedom blowing in North Africa – Egypt, Libya, Tunisia, and Morocco are all in the midst of rapid change – Algeria remains a quasi-socialist, reclusive dictatorial military regime that is unlikely to integrate with its neighbors in building common regional economic and political policies.