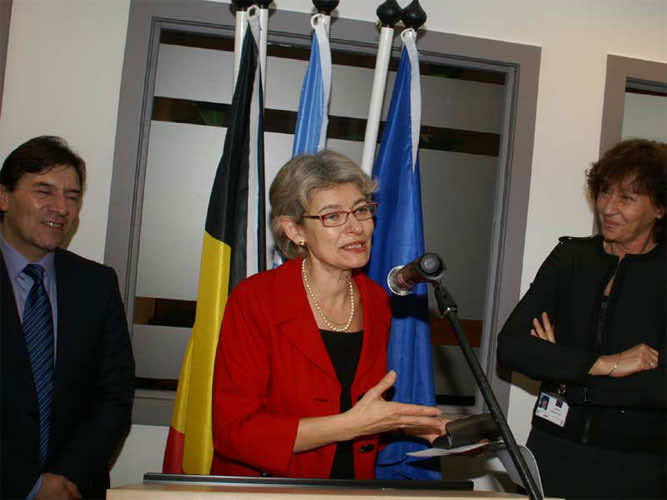 The head of the United Nations agency defending press freedom has voiced her alarm at continuing abuses committed against journalists in Syria and called on authorities to respect basic human rights, including the right to freedom of expression.

The concern expressed by Irina Bokova, the Director-General of the UN Educational, Scientific and Cultural Organization (UNESCO), comes amid a number of “disturbing” reports, the Paris-based agency said in a news release.

These include news that Syrian caricaturist Ali Ferzat had been beaten by armed men on 25 August, and concern for freelance journalist Hanadi Zahlout, who has been in jail since her arrest on 25 July.

“I am alarmed at continuing reports of detention and physical abuse against journalists,” said Ms. Bokova. “Torture and detention will never convince the people of Syria that might is right.

“It is essential for the future of the country and its people that the authorities respect freedom of expression and listen to what their critics have to say,” she stated.

A recent UN report found that the Syrian Government’s “widespread and systematic” attacks against its own people may amount to crimes against humanity and possibly warrant an investigation by the International Criminal Court.