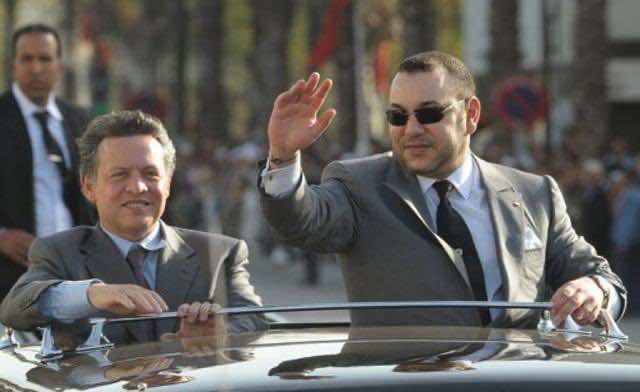 Reports coming out of Morocco and Jordan are both encouraging and frustrating. Both Morocco and Jordan have been beset for months by growing popular demands for political, economic and social reform, after Arab uprisings overthrew leaders in Tunisia, Egypt and Libya and shook other regional states.

However, unlike other Arab states witnessing popular uprisings, demonstrations that have taken place in Morocco and Jordan have called for regime reform, not regime change.  In particular, in response to such popular demands for reform, the king of Jordan earlier this year sacked his government and swore in a new government that is headed by a former general and contains opposition and media figures among its ranks.

The reforms approved by Moroccans through a referendum last month, and the reforms due for approval by the legislature in Jordan, increase to a certain extend the powers of the elected officials and shift control of some executive powers away from the kings and towards the party that wins the election.  However, the process for generating constitutional recommendations was not open to the public, the Moroccan referendum was of questionable legitimacy, and in both countries the kings retain disproportionately more powers than the people’s democratically elected representatives.

Earlier this year, King Muhammad created a constitutional commission to propose reforms to the current constitution.  The measures proposed by the king’s commission would amend rather than replace the 1996 constitution, adopted by Muhammad’s father after the country’s 1992 constitutional referendum.  In July 1st, the people of Morocco approved in a referendum (by a 98% yes, and 73% voter turnout) the proposals of the constitutional commission.  Now a vote will be held in November to elect a new parliament and a new prime-minister.  However, all the new rights and freedoms will be subject to modification by law.

Some significant changes to the constitution would do the following:

Under the current constitution, the prime minister is responsible only for coordinating activities among the ministers of government.  With the prime minister selected from the political party that enjoys a majority in parliament, parties will need to develop their economic and social platforms.

New powers and expanded scope for the parliament.  Parliament will have more oversight of civil rights, electoral and nationality issues.  Under the current constitution, any legal issue not explicitly mentioned as being part of the domain of law belongs to the regulatory field, and can be handled by governmental decrees.  The legislative process grants dominance to the executive branch over parliament. The government controls the agenda of parliament and gives priority to bills it submits to parliament over those initiated by members of parliament.  Finally, the government can legislate between regular parliamentary sessions.  Under the new reforms, the constitution will now allow the parliament to delegate its legislative power to the government, thus maintaining control over the executive.

Shift power and resources from the center to the regions.  The revisions will empower regional councils that are directly elected by voters instead of regional representatives of the executive (mainly the Ministry of Interior).

Promote participation by women in managing public affairs and promote their political rights.  The new constitution is expected to favor equal access by men and women to elected office.  It would likely include mechanisms to promote women’s representation in parliament and on local councils, and to guarantee a certain number of seats for women in parliament.  Women will be guaranteed “civic and social” equality with men.  Previously, only “political” equality was guaranteed.

Strengthen the rule of law, expand personal freedoms and ensure human rights in political, economic, social and cultural areas.  The preamble of the constitution is expected to explicitly affirm Morocco’s commitment to human rights as universally recognized.  Morocco’s Amazigh identity will also be mentioned in the constitution and the Amazigh language will be made an official national language in addition to Arabic.

Overall, the king retains the power to appoint military and civil service personnel, choose ambassadors, ratify international treaties, address the parliament with no right of reply, dissolve the legislature, approve judicial nominations, and declare a state of emergency.  He will also maintain his position as “Commander of the Faithful,” the kingdom’s Islamic spiritual leader.  A reference to the king as “sacred” in the constitution will be removed, though he will remain “inviolable.”  Furthermore, King Mohammed said he would keep total control of Morocco’s security and foreign policy, as well as matters of religion.

In April, King Abdulla II formed the Royal Constitutional Reform Committee, and in August the king unveiled the Committees recommendations.  The proposed constitutional changes are not yet law, and must first go through the “appropriate constitutional process” and be considered by the legislature.  The government referred the amendments to the House of Representatives, where they will be discussed and then approved after Eid al-Fitr.

Some of the major amendments proposed include:

The establishment of a constitutional court to monitor the constitutionality of laws and regulations. The court replaces a high tribunal for the interpretation of such laws that was headed by the speaker of the Senate and widely considered less than totally independent.

The new court is part of an effort to create a more “independent” judicial system, which will provide that civilians be tried in civil courts and require that government ministers be tried in high civil courts.  In particular, the constitutional court will have nine members, including a president, who would be appointed by the king.  Its rulings would require consent of at least six members.  Membership in the court would last four years and be subject to renewal.  A member could not be removed during his term.

Under the amendments, Amman’s Court of Appeal will try ministers (for crimes associated with the performance of their duties) after they are referred to the attorney general by a two-thirds majority of the House.  Other amendments relevant to the judiciary include:

The establishment of an independent commission to oversee elections instead of the Ministry of Interior that has previously been in charge of the electoral process.  The court of first instance would be responsible for resolving disputes on the validity of representatives’ membership and other electoral challenges (instead of the Parliament), and its decisions would be final.  The minimum age for candidacy to the legislature would be lowered to 25 years.

The enhancement of civil liberties, including the criminalization of any infringement on rights and public freedoms or on the sanctity of Jordanians’ private life; prohibition of torture in any form; and a declaration that all forms of communication between citizens shall be treated as secret and not subject to censorship, suspension, or confiscation except by judicial order.

For example, one amendment states: “Any infringement on the rights and public freedoms or sanctity of private life of Jordanians is a crime punishable by law” — which is in addition to the existing language that “personal freedom shall be guaranteed.”

Furthermore, proposals include rescinding the king’s ability to dissolve parliament and form a new government, asserting that newspapers could only be stopped from publishing “by a judicial order,” and stating that the national assembly would approve all treaties.

The limitation of the State Security Court’s jurisdiction to cases of high treason, espionage, and terrorism, with citizens being otherwise tried in civilian courts; this includes ministers, who were previously tried by a parliamentary high tribunal.

The limitation of the government’s ability to dissolve parliament without having to resign itself.  In particular, the proposed text reads: “The government which dissolves the House of Representatives during its administration resigns from power within a week from the date of dissolution.”

Both kings sought to emphasize a balance between the state powers and the people, enable their parliaments to perform legislative and regulatory roles, while maintaining a great deal of power through the executive.  Experts say the amendments are an essential step in both Morocco’s and Jordan’s continuing political reform, and could restore balance between the government branches.  Whether the new balance of powers will be honored and respected, especially between the legislative (of the people) and executive (by the king) branches, will be the ultimate test of the two kings sincerity.