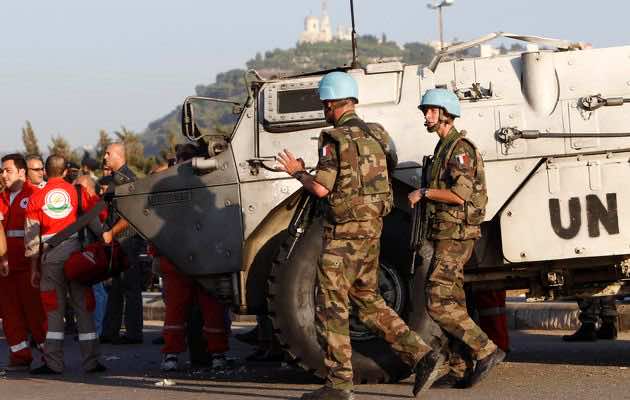 United Nations peacekeepers in Ivory Coast enticed underage girls in a poor part of the West African nation to exchange sex for food, according to a United States Embassy cable released by WikiLeaks.

The cable written in January 2010 focuses on the behavior of Beninese peacekeepers stationed in the western town of Toulepleu, an area that has been at the crosshairs of the nation’s 10-year-long conflict.

A random poll of 10 underage girls in Toulepleu by aid group Save The Children U.K. in 2009 found that eight performed sexual acts for Benin peacekeepers on a regular basis in order to secure their most basic needs. “Eight of the 10 said they had ongoing sexual relationships with Beninese soldiers in exchange for food or lodging,” the diplomat wrote in the cable, citing information shared with the embassy by a protection officer.

On Tuesday, United Nations spokesman Michel Bonnardeaux confirmed that in April, 16 Beninese peacekeepers were repatriated to Benin and are barred from serving in the U.N. following a yearlong investigation.

“We see it as a command and control problem,” said Bonnardeaux who spoke by telephone from New York. Of the 16, 10 were commanders and the rest were soldiers.

The commanders, he said, “failed to maintain an environment that prevents sexual exploitation and abuse.”

Sexual misconduct by U.N. troops has been reported in a number of countries including Congo, Cambodia and Haiti _ as well as in an earlier incident involving Moroccan peacekeepers in Ivory Coast.

In 2007, a 730-strong battalion of peacekeepers from Morocco was asked to suspend its activities in the northern Ivorian city of Bouake after the U.N. received allegations of sexual misconduct involving local girls.

A report published a year later by Save the Children U.K. identified Ivory Coast as one of the places where sexual barter between peacekeepers and girls was occurring. The peacekeepers traded food as well as mobile phones for sex, the report said.

The recently released cable identifies for the first time the Benin peacekeeping contingent.

It also makes clear that the sexual exploitation continued through at least the last month of 2009, quoting a protection officer with Save the Children who spoke to the embassy in January 2010. The officer said that the “sexual exploitation and abuse problem among (United Nations) personnel is more extensive than is recognized.”

Parents were encouraging their daughters to sleep with the peacekeepers so they would provide for them, according to the cable.