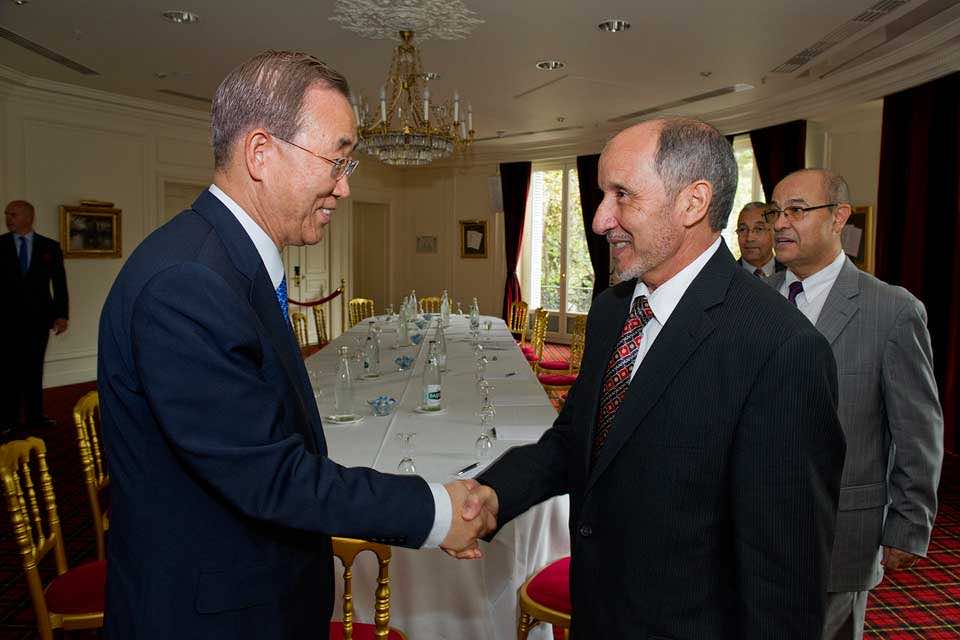 Secretary-General Ban Ki-moon today pledged the continued assistance of the United Nations in helping Libya tackle its humanitarian challenges, as well as in building a democratic and stable nation once the current conflict is over.

Six months after the world leaders met to agree on joint action to prevent a massacre of Libyan civilians, they reconvened in Paris today for the International Conference in Support of the New Libya, hosted by President Nicolas Sarkozy of France and Prime Minister David Cameron of the United Kingdom.

Mr. Ban told the gathering that the most immediate challenge is on the humanitarian front, with some 860,000 people having left the country since February, when opposition forces rose up against the regime of Colonel Muammar al-Qadhafi as part of a wider pro-democracy movement across North Africa and the Middle East.

In addition, public services are under severe strain, including hospitals and clinics, there is a major water shortage, and sporadic fighting continues, particularly in the country’s south.

“Looking beyond the immediate humanitarian crisis, it will be essential to work closely with the Libyan leadership to identify their needs and priorities,” stated the Secretary-General, who was accompanied by his Special Envoy for Libya, Abdel Elah Al-Khatib, and his Special Advisor for post-conflict planning, Ian Martin.

“Once those needs are identified, we will have to act in harmony and in a coordinated manner to ensure effective, collective action,” he added.

He said his discussions with leaders of the National Transitional Council (NTC) as well as with representatives of regional organizations had resulted in a clear message.

“All agreed that, at this critical moment, the international community must come together with an effective, well-coordinated program of action,” he stated. “All agreed, as well, that the United Nations should lead that effort.”

He outlined three principles that will govern the planning for the post-conflict stage – national ownership, speed of response, and effective coordination.

“It is essential that the international community respond in the moment of need – not weeks or months down the road,” he noted.

Mr. Ban said he intended to work closely with the Security Council in crafting a mandate for a UN mission, with the express aim of beginning operations with minimum delay. In the meantime, Mr. Martin will travel to Tripoli immediately to begin on-the-ground planning for the UN’s operations.

The Secretary-General added that he will convene a high-level meeting on Libya on 20 September in New York on the margins of the 66th session of the General Assembly “to take stock and calibrate our efforts on behalf of the new Libya and its people.”

Prior to the conference, Mr. Ban met separately with Nabil El-Arabi, the Secretary-General of the League of Arab States; Mustafa Abdel Jalil, the Chairman of the NTC; and Jean Ping, Chairman of the African Un