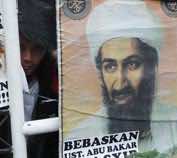 Since 9/11, al Qaeda has suffered a confusing mix of setbacks and advances. Brutal attacks on fellow Muslims have tarnished its reputation, its leadership is under siege from the air (drone strikes) and the ground (special operations forces), and the core organization no longer has a safe haven. How far it must seem from the heady days after 9/11, when the organization shook the world. In the 10 years that followed, al Qaeda soared to powerful heights but also experienced setbacks and disasters. Reviewing that history helps us understand both why al Qaeda is so troubled and why it may remain a force to be reckoned with.

Although 9/11 was a high point for al Qaeda terrorism, it also brought the organization to the brink of ruin. The attacks made the danger of terrorism clear to leaders around the world, who also knew that they had to work with Washington or risk the wrath of the world’s only superpower. From the Philippines to Germany, governments that before 9/11 had at best gone through the motions on counterterrorism now tried to monitor, arrest, and disrupt suspected terrorists. All this activity produced a steady stream of detentions that revealed considerable intelligence and made it far harder for al Qaeda to operate.

More dramatically, U.S. military forces and Afghan oppositionists quickly overthrew the ruling Taliban. This was a double blow: The Taliban had provided al Qaeda with a safe haven, and now the terrorist group had to relocate to the far more dangerous territory of Pakistan. Even more important, the Taliban represented, in jihadists’ eyes, the world’s only true Islamist regime. (Saudi Arabia’s claims to this title were dismissed as hypocrisy, and Shia-led Iran’s as apostasy.) So Islamists of many persuasions criticized al Qaeda for destroying their political Holy Grail: a state to call their own.

The U.S. invasion and occupation of Iraq helped rescue al Qaeda, both operationally and ideologically. The war vindicated Bin Laden’s message, “proving” to skeptics that the United States was indeed bent on controlling the Islamic world. It also motivated a new generation of jihadists to travel to Iraq.

And the United States suffered. The United States has lost more than 6,000 troops —more than twice as many Americans as those who died on 9/11—in wars in Iraq and Afghanistan at the cost of trillions of dollars. In neither country is long-term success assured, or perhaps even likely. Al Qaeda claims that the fight in Afghanistan bankrupted the Soviet Union in the 1980s and led to its collapse, and that the United States too is being driven to the brink of ruin.

Al Qaeda, however, went too far in Iraq. Grateful locals took its help to fight U.S. forces, but soon al-Qaida-linked groups began to seize power for themselves and to wantonly slaughter Iraqi civilians. Sunni tribes turned against them, working with U.S. forces to decimate al Qaeda in Iraq’s ranks. Outside the country, Muslims initially enraged by the U.S. invasion and occupation of Iraq gradually became more critical of the Muslim-on-Muslim slaughter.

As al Qaeda’s star fell in Iraq, its power grew in Pakistan. Since its founding, al Qaeda has had strong ties within Pakistan, but it found itself on the ropes after 9/11 as the Pakistani government worked with the United States to capture key leaders such as 9/11-mastermind Khalid Sheikh Mohammad. As the decade wore on, however, the United States became increasingly distracted in Iraq. Meanwhile, Pakistan itself became more and more chaotic, with a range of radical groups (some of which were linked to al Qaeda) turning against the Pakistani government. All of this allowed al Qaeda to reestablish itself operationally in Pakistan. Most of the major terrorist attacks plotted against European targets since 9/11 had some link to al Qaeda’s core in Pakistan.

Still, al Qaeda’s narrative, unable to spin its brutality in Iraq into heroism, found itself newly challenged by the Arab Spring that began earlier this year. For the many Arabs fed up with their corrupt, incompetent, and dictatorial governments there was a new model for action—marching peacefully to topple the regime—that did not involve violence or attacks on the United States. Indeed Washington, so long the supporter of dictators in the region, helped ease Egyptian President Hosni Mubarak out of power and topple Moammar Qaddafi in Libya, even though both these governments had cooperated with U.S. intelligence agencies against al Qaeda and its allies.

Even as the Arab Spring erupted, al Qaeda suffered a devastating blow with the death of Bin Laden at the hands of U.S. Navy SEALs. The elusive Bin Laden, whose very survival seemed miraculous to his followers, was now dead, replaced by the lackluster and divisive Ayman Zawahiri. Bin Laden’s death was al Qaeda’s most dramatic and important loss, but the organization has suffered steady losses from U.S. drone strikes in the last few years. The Long War Journal reports the United States has killed hundreds of Taliban and al-Qaida figures, along with dozens of civilians. These strikes not only killed difficult-to-replace leaders, but they also forced existing recruiters, trainers, and commanders to keep their heads low, making them far less effective. Some U.S. officials even believe the organization is at the point of collapse

If so, al Qaeda would still be able to count several lasting accomplishments since 9/11. Its once-controversial tactics now seem a regular, if horrible, part of modern life; it is hard to remember that 20 years ago suicide bombing was unknown among Sunni Muslim groups, and these Sunni groups focused on fighting local regimes, not the United States. Now al-Qaida’s ideology can be found in Indonesia, Nigeria, and Central Asia, as well as its traditional home in South Asia and the Arab world.

Indeed, al Qaeda can claim it forced the United States to reveal its true colors. The U.S. military presence in Iraq and Afghanistan, and the growing U.S. military role in Yemen and Somalia, all demonstrates, for those who are already eager to believe, that the United States is bent on dominating the Muslim world. A decade of public diplomacy has not dented this view, and polls of Muslim populaces indicate that they continue to have a poor opinion of the United States.

And while the al Qaeda core may be hard-pressed, its affiliate organizations remain strong. In Iraq, Yemen, Somalia, and the Maghreb, strong affiliate organizations are in rebellion against their governments. In Afghanistan and Pakistan, like-minded groups are also up in arms. There are even some indications that an al Qaeda-inspired group was behind last month’s killing of eight Israelis. These organizations vary in how much control the al Qaeda core in Pakistan exerts over them, and how much their focus is global rather than local. But they share at least some of al Qaeda’s ideology and goals.

So while U.S. officials could and should enjoy the victory lap they are taking since the killing of Bin Laden, it’s worth reflecting on the many advances al Qaeda has made since 9/11, and on its impressive resilience.