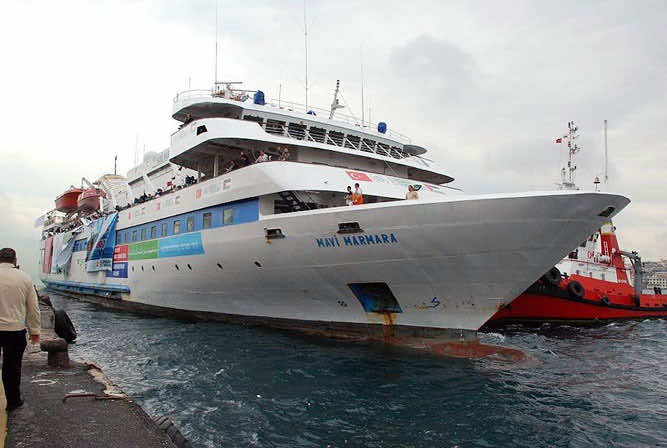 Secretary-General Ban Ki-moon today received the report of the independent panel of inquiry examining the May 2010 incident involving a flotilla headed for Gaza which found that Israel’s interception of the vessels was “excessive and unreasonable,” while the flotilla acted “recklessly” in attempting to breach the naval blockade.

Rather, it was tasked with making findings about the facts, circumstances and context of the 31 May incident, in which a convoy of humanitarian aid ships bound for Gaza after departing Turkey was intercepted by Israeli forces leading to the loss of life.

“The loss of life and injuries resulting from the use of force by Israeli forces during the take-over of the Mavi Marmara was unacceptable,” the panel stated, referring to one of the ships on which nine passengers were killed and many others seriously wounded.

It added that there was “significant mistreatment” of passengers by Israeli authorities after the take-over of the vessels had been completed through until their deportation, including physical mistreatment, harassment and intimidation, unjustified confiscation of belongings and the denial of timely consular assistance.

At the same time, the panel says that the Israeli naval blockade on Gaza was imposed as a “legitimate security measure” to prevent weapons from entering Gaza by sea and its implementation complied with the requirements of international law.

The flotilla acted “recklessly” in attempting to breach the naval blockade of Gaza, and that more could have been done to warn flotilla participants of the potential risks involved and to dissuade them from their actions, according to the report.

The panel makes a number of recommendations in its 105-page report, including that Israel should continue with its efforts to ease its restrictions on the movement of goods and people to and from Gaza, and that all humanitarian missions wishing to assist Gaza’s population should do so through established procedures.

“The events of 31 May 2010 should never have taken place as they did and strenuous efforts should be made to prevent the occurrence of such incidents in the future,” states the panel.

Mr. Ban, in a statement issued by his spokesperson, expressed his gratitude to the members of the panel for their hard work and to the parties for their full cooperation.