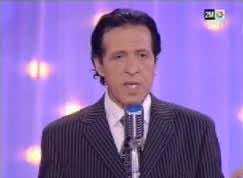 Moroccan music is quite diverse, a reflection of the makeup of the country’s population.  Given the dialect and style barriers, only rarely do you see a track succeed in Europe or North America.  Recently, I came across a video of a remix of a classical Moroccan song called “Sa3a Sa3ida” which translates roughly to “happy occasion.”  Initially, I dismissed it, but for some reason, I kept humming it.  A couple of weeks later, I found myself hooked.  As music and movie producer Martin Meissonnier told me once “with some tracks, one needs to be patient.  Some do grow on you overtime.” Tracks like this could help with taking Moroccan music internationally.

What is referred to as modern or classical Moroccan music is very successful in the Arab world. Names like Naima Samih, Samira Said,  Abdelhadi Belkhiat, and Mohamed El Idrissi command respect from Morocco to Iraq.   This is possible partly because the lyrics of the modern Moroccan genre of songs are written in a form much closer to modern standard Arabic which is widely understood in the Arab world.

Mohamed El Idrissi’s “Sa3a Sa3ida” a dance remix is performed by Saad Lemjarrad, an upcoming Moroccan artist whose highlights include finishing as a runner up in the 2007 Arab Super Star in Lebanon, and Sofia Mountassir, a young Parisian-based R&B singer of Moroccan origins who has sung tracks in Arabic, French and English.  She is also a product of a Moroccan talent show.  The combination proves very successful with a harmonious marriage of vocals.   Saad and Sofia have succeeded in reviving this classic with a twist.

While describing the beats and talking about loops, layering, and basslines is beyond my area of expertise, I know I like this song so much that I am sending copies to area DJs and promoting it any chance I get.  I must not be the only one who likes it because the Youtube hits on the video are nearing a million after just over two months.

There are a few websites that credit RedOne, a world class music producer of Moroccan origins who has produced hits for the likes of Lady Gaga and Jennifer Lopez, with having hands in the project.  However, the music is the work of  Loic Canevet, and the song is produced Yannick Saillet according to the official video.

This project could prove quite successful. If it manages to find airtime in mainstream radio stations in Europe and North America, then we may be up to something here. Moroccan music in particular and Arabic music in general needs to make its way into these two new frontiers where it currently has extremely limited access. Whether this track plays part in achieving that or not remains to be seen.  That being said, this effort is to be applauded as early indications suggest that we have a hit before us.

*Jamal Laoudi is a contributor to Morocco World News.