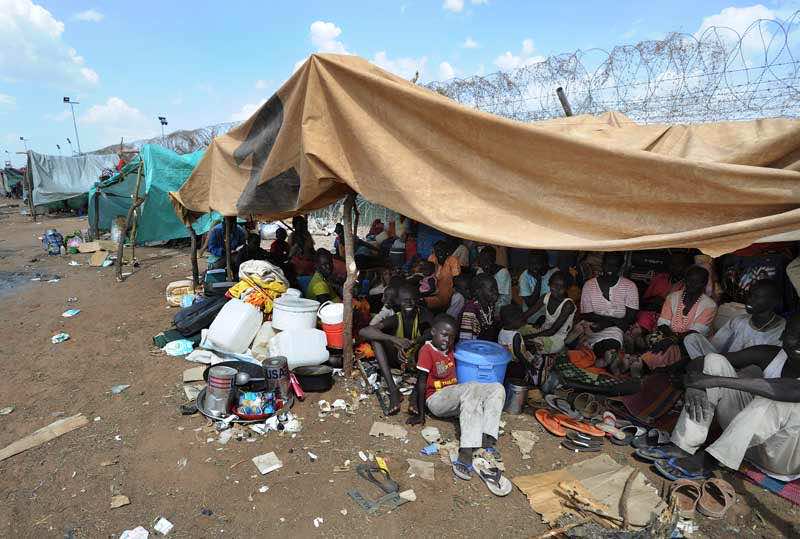 Secretary-General Ban Ki-moon called on Friday for an immediate end to the fighting in Sudan’s Southern Kordofan and Blue Nile states and for access for humanitarian agencies to the affected areas.
In a statement issued by his spokesperson, Mr. Ban said he is deeply concerned about the deterioration of the security situation in Southern Kordofan, which has been the scene of fighting between Government forces and members of the Sudan People’s Liberation Army (SPLA), as well as the eruption of fighting in Blue Nile state.“The Secretary-General urges the parties to immediately cease all hostilities and allow access to the humanitarian agencies to all affected areas to provide vital assistance to the civilian population,” said the statement.Mr. Ban also welcomed the recent efforts led by the Prime Minister of Ethiopia, Meles Zenawi, to help the parties resolve their differences through peaceful political means.

Last month the UN called for a thorough investigation into violations of international law committed in Southern Kordofan which it said could, if substantiated, amount to crimes against humanity or war crimes.

A preliminary report, produced jointly by the Office of the High Commissioner for Human Rights (OHCHR) and the former UN Mission in Sudan (UNMIS), described a wide range of alleged violations of international law in the town of Kadugli, as well as in the surrounding Nuba mountains, during the month of June.