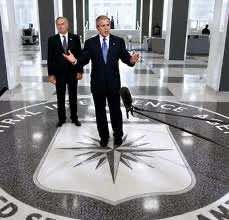 Documents found in Tripoli detail close ties between the CIA and Libya’s intelligence service and suggest the United States sent terrorism suspects for questioning in Libya despite that country’s reputation for torture, the New York Times reported on Saturday.

The Times reported that the files cover the time from 2002 to 2007, when Moussa Koussa headed Libya’s External Security Organisation. Koussa most recently had been Libya’s foreign minister but defected from now-fugitive leader Muammar Gaddafi’s government and flew to Britain on March 30 amid this year’s rebel uprising.

The newspaper reported that the documents — including some English-language files concerning the CIA and Britain’s MI-6 intelligence agency — were found on Friday at the abandoned office of Libya’s former spy chief by journalists and the group Human Rights Watch.

The Times said it was impossible to verify the authenticity of the documents but that their content appears to be consistent with facts known about the U.S. transfer of terrorism suspects abroad for interrogation — a practice known as rendition — and other known CIA practices. Renditions occurred under former President George W. Bush’s administration.

It has been known that Western intelligence services began cooperating with Libya after Gaddafi abandoned his program to build unconventional weapons in 2004. But the files show cooperation with the CIA and MI-6 was more extensive than previously understood, the Times reported.

One document appears to be a proposed speech written by the Americans for Gaddafi about renouncing unconventional weapons. Other files show that MI-6 was willing to trace telephone numbers for the Libyans.

A series of communications about renditions is dated after Libya’s 2004 renouncement of its weapons program. The files mention having a friendly country arrest a terrorism suspect, and then suggest aircraft would be sent to retrieve the suspect and bring him to Libya for questioning, the Times reported.

One document detailed a list of 89 questions for the Libyans to ask a terrorism suspect, the Times said.

Some documents told the Libyans to respect detainees’ human rights but the Americans still turned over the suspects to a Libyan intelligence service with a long-established history of brutality, the Times said.

“The rendition program was all about handing over these significant figures related to al Qaeda so they could torture them and get the information they wanted,” Peter Bouckaert of Human Rights Watch, who studied the documents in the intelligence headquarters in downtown Tripoli, told the Times.

CIA spokeswoman Jennifer Youngblood is quoted by the Times as declining to comment specifically on the documents but saying, “It can’t come as a surprise that the Central Intelligence Agency works with foreign governments to help protect our country from terrorism and other deadly threats.”

The British Foreign Office told the Times: “It is the longstanding policy of the government not to comment on intelligence matters.”